Posted on November 17, 2013 by simpletravelourway

Being in Thailand all November, we’ll miss our traditional Thanksgiving with family & friends, but this year we swapped it for the festival of Loy Krathong in Thailand.

The festival, as celebrated in Chiang Mai, combines kom loi (lanterns floating up into the sky) and krathong (flower-covered containers floating down the river) into one grand 3-day event.

We knew the festival had begun when we saw the orange lights of the hot air lanterns floating up into the sky.  Near the Tha Phae Gate in the old city, we watched to see just how kom loi works. 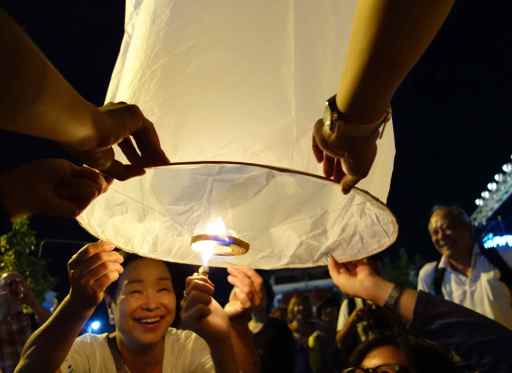 Step 1: Locate the donut-shaped disk which is made of compressed straw soaked in paraffin.  The disk is wired to the base of the rice paper lantern.  Light the disk. 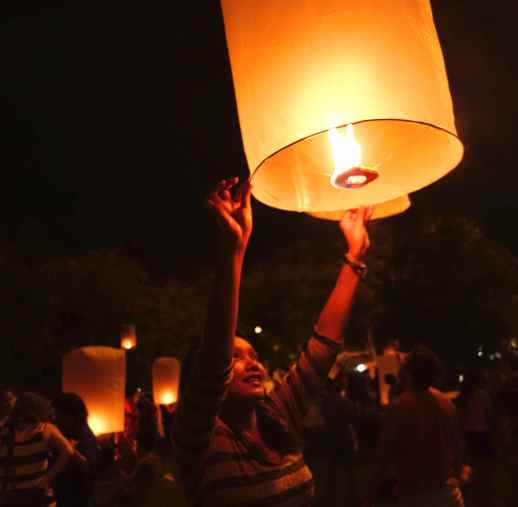 Step 2: Hot air needs to build up inside the held lantern. Patience! 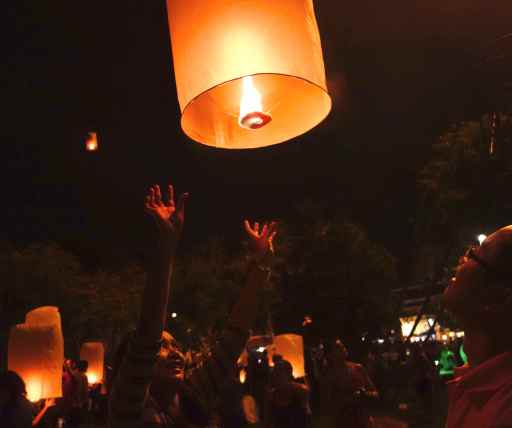 We watched one release after another, fascinated, and we even critiqued people’s technique. So we knew when a mistake was made, and, sure enough, a lantern or two dipped and dived and finally burned out in a nearby tree.

We headed down to the Mae Ping River on streets closed to traffic.  No need to ask where to go as the roadside leading to the river was crowded with people and too-many-to-count krathong stands displaying their lovely floating flower containers.

We watched to see just how krathongs work. 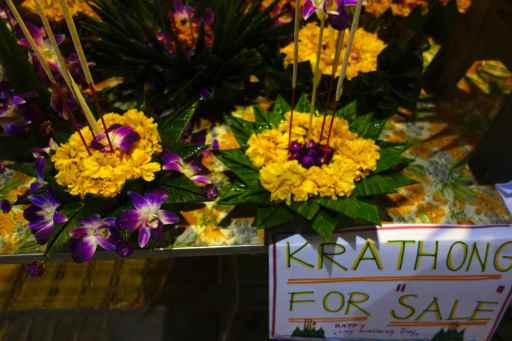 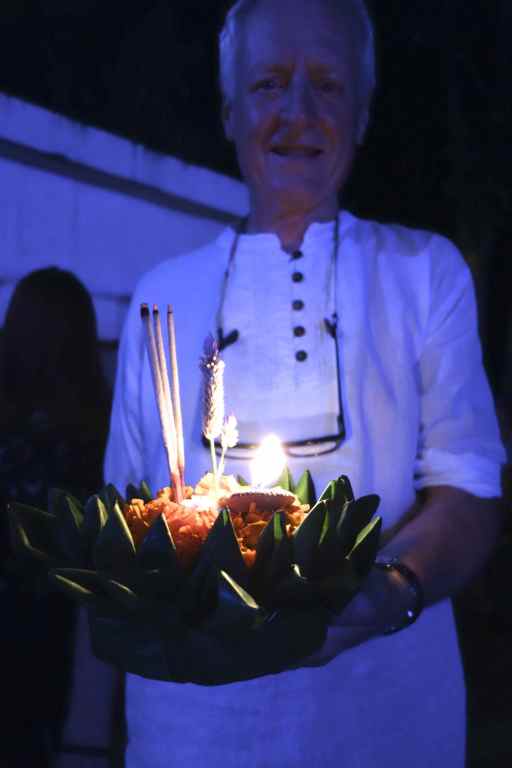 Step 2: Go down to the steps by the river to light the candle and incense sticks on the krathong. 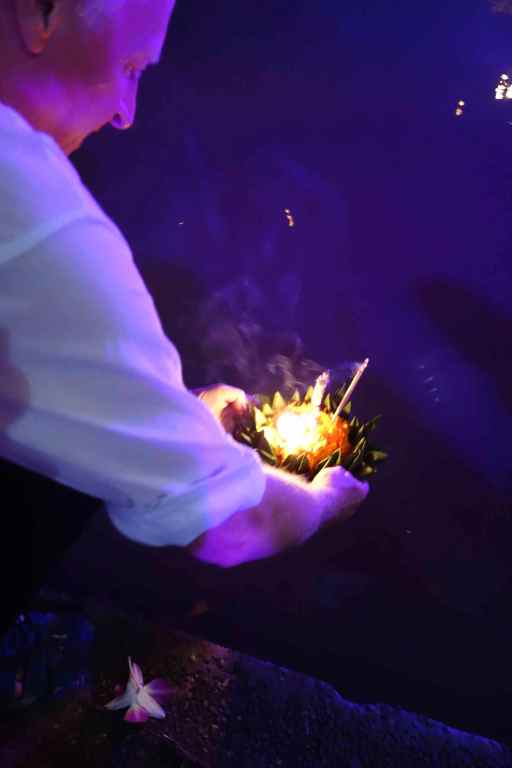 Step 3: Gently place the krathong in the river. Give it a little nudge. Watch it drift away.

We stayed by the river for some minutes watching others launch their krathongs, seeing lanterns being released above us from the bridge, startling with every firecracker and firework explosion. 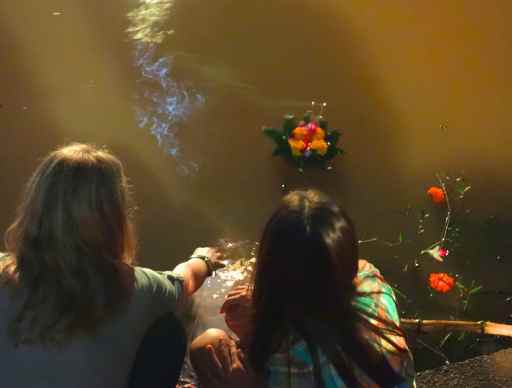 We decided it was time for our walk back to our hotel.  Not far from the river, we stumbled upon the start of the Loy Krathong Festival parade.  How wonderful!  Forget the hotel for a little while longer.  The parade appeared to tell the history of Chiang Mai with a huge cast, all beautifully costumed. 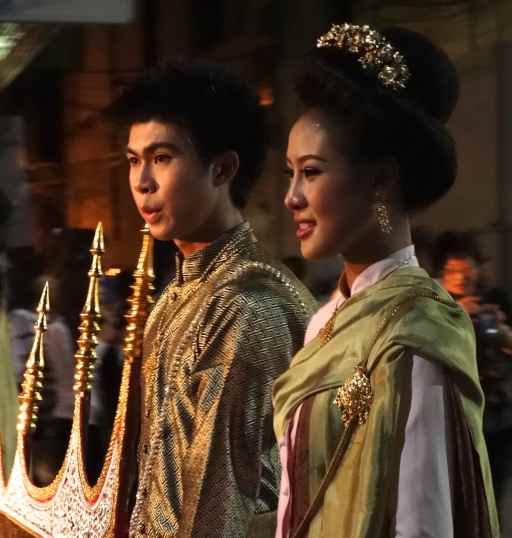 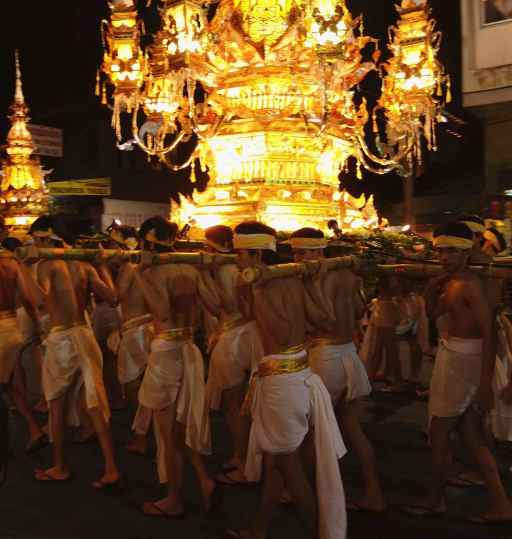 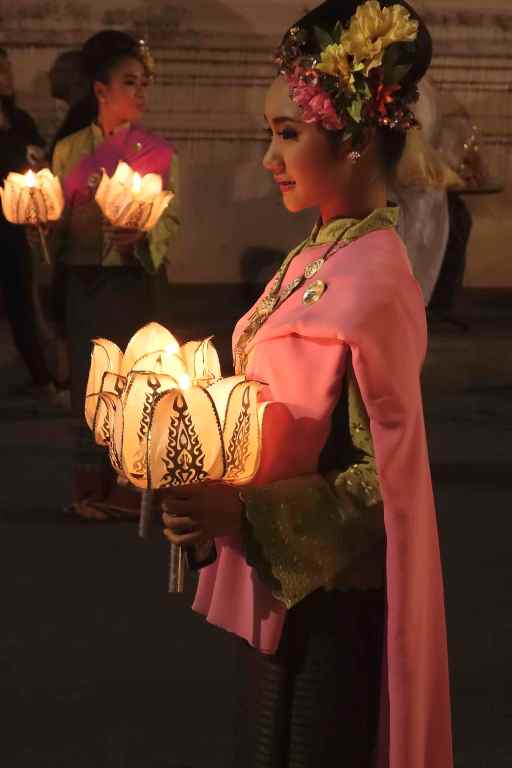 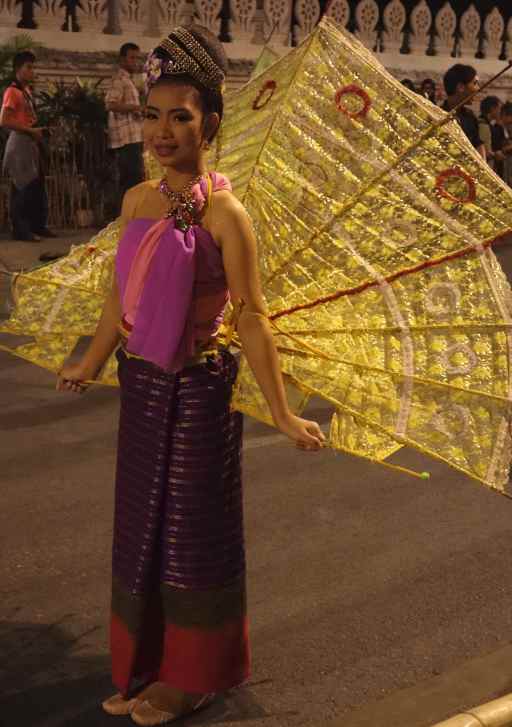 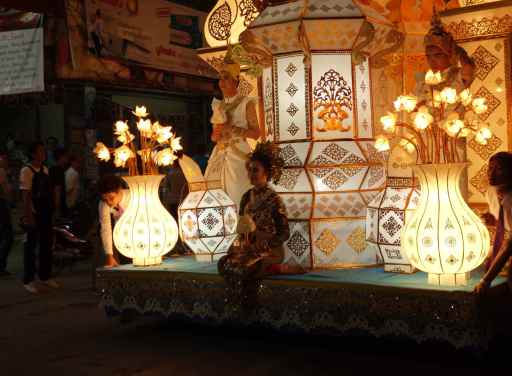 We’ll still miss Thanksgiving with family and friends, but we did have plenty of company at the parade and could not have been happier to experience Loy Krathong in Thailand.