Posted on March 29, 2014 by simpletravelourway 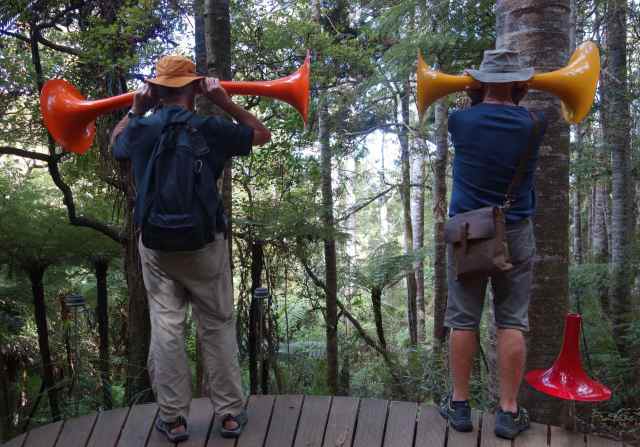 Our AirBnB hosts, Barbara and Rod, took us on an outing to the Brick Bay Sculpture Trail, known for its lovely setting, art, and winery. We whiled away an afternoon with them, enjoying each other’s company, on a perfectly warm and sunny day. 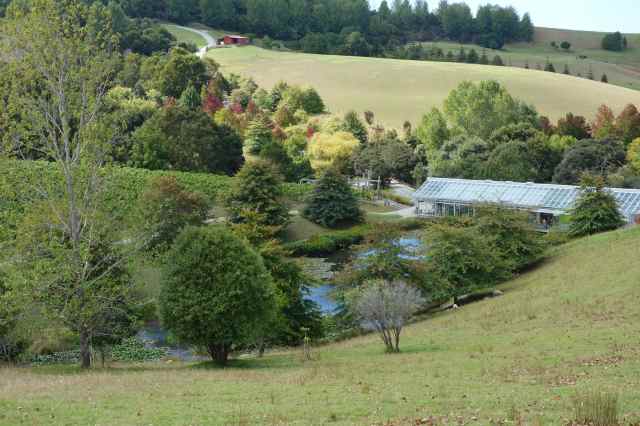 One morning, for another jaunt, the two of us caught the bus to Shakespear Park, located at the tip of the Whangaparaoa Peninsula. We were the only ones on the bus so we sat up front and chatted with our friendly bus driver, Jan. When we arrived at the park, the driver got out of the bus, and a number of pukeko birds raced over to her. Magic!

Shakespear Park has an old growth forest filled with great trees and bird chatter.  Eventually the path opened up to rolling hills of grassland and continued to a lookout on the highest hill with a view of the Hauraki Gulf. We sat on a bench, munched on nuts and apples, and enjoyed seeing the far-off Coromandel peninsula, the skyline of Auckland, and several of the offshore islands.

We followed the Heritage Trail and swung down to a tree-lined beach.

Gulls and oystercatchers lined the beaches, but other birds could be seen, too.  In the midst of the pied stilts, we spotted a bird we’d not yet seen. What was it?  We flipped through our bird guide and found in the description of the marsh sandpiper, that they “associate with pied stilts.” (NOTE:  We received an email from Barry, a birdingpal expert, who has helpfully corrected our bird ID.  This outlier is actually a bar-tailed godwit.) 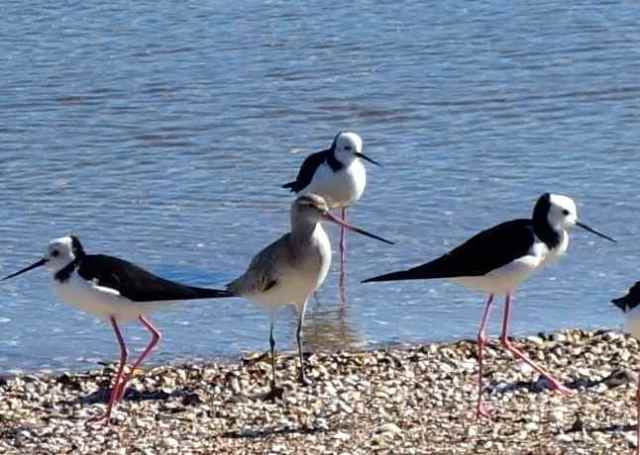 Did you notice the one bird that doesn’t quite fit in with the pied stilts?

New Zealand has a number of islands where pests, such as rats and stoats, have been eliminated to make way for bird sanctuaries.  We caught the ferry to one of these islands, Tiri Tiri Matangi, on a gloriously sunny day. We had a few birds we wanted to see, so we took a guided walk on the island in hopes that our guide, Martin, would point them out. Magic! We saw them all – and more.  A highlight for us was seeing a juvenile takahe.  Takahes are native New Zealand birds, numbering less than 300.  Most reside in a valley in the remote Murchison Mountains on the South Island. Tiri Tiri has fewer than ten takahes, so it was special to see a juvenile with its parents.

On our walks each day – whether it’s in the neighborhood, to the beach, or a park – we spend time listening and looking.  The result?  Quite often it’s magic. 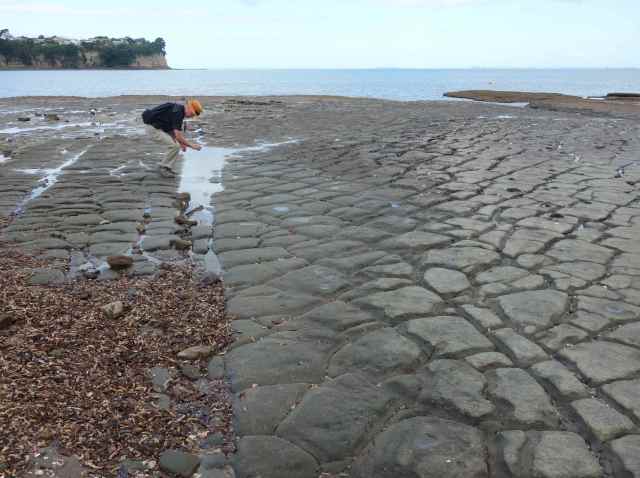