Into the forest and what did we see?

Posted on July 5, 2014 by simpletravelourway

Saleem, our guide, explained that three species of monkeys can be seen on Zanzibar and two of those are found in this park. 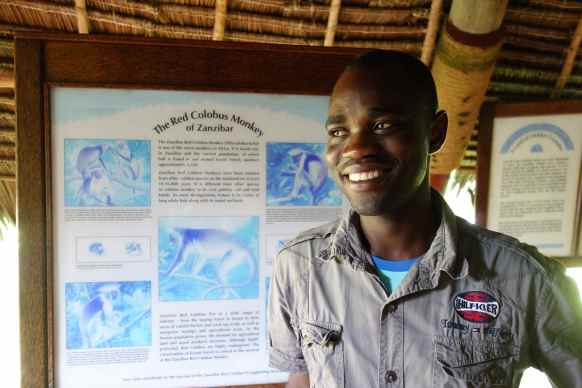 We’ve visited National Parks for animal viewing and often came away empty-handed.  In the early morning, Jozani’s monkeys were active and easily seen.

After observing the monkeys, we moved on to other sights in the park.  We walked through mahogany forests, watched 6-inch long millipedes as they scurried down trees, discovered flowers we’d never seen before, and strolled an observation boardwalk at the mangrove swamp.

When we had planned to visit Jozani, we had hopes of seeing a monkey or two.  Instead we observed and learned more at this National Park than any other park we’ve been to for the small area we covered and brief time we were there. Jozani is a forest worth looking into!

4 Responses to Into the forest and what did we see?