A castle, with a palace next door

Posted on September 16, 2014 by simpletravelourway

The castle in Guimaraes was the real thing: thick walls of stone, built on a high bed of rock, its only purpose was defensive. 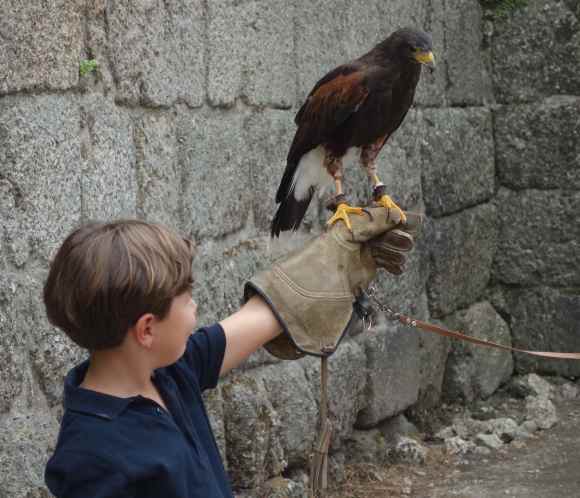 A falconer was inside the castle and allowed visitors to hold his bird of prey. 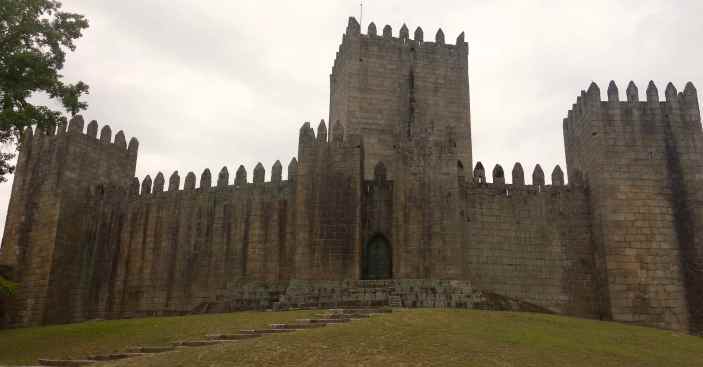 Built on a massive high rock with central tower, the building looked formidable. 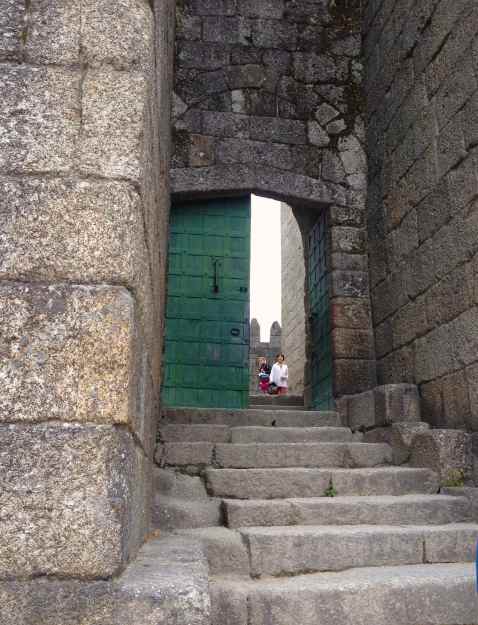 The interior space was smaller than expected. We saw very few openings in the tower to the outside. These were narrow slit windows for shooting arrows out of the castle and narrow enough to protect the archer inside. The floor in places was the rock bed at the foundation of the castle. We imagine it was the perfect defensive fortress for its time.   It was built by the year 968 to protect the monastery next door.

The Guimaraes castle is an important building in Portugal’s history as the first royal residence in 1139 when Portugal became independent.

Since the 15th C Palace of the Dukes of Braganza sat just next door and because we had plenty of time, we decided to take a look. 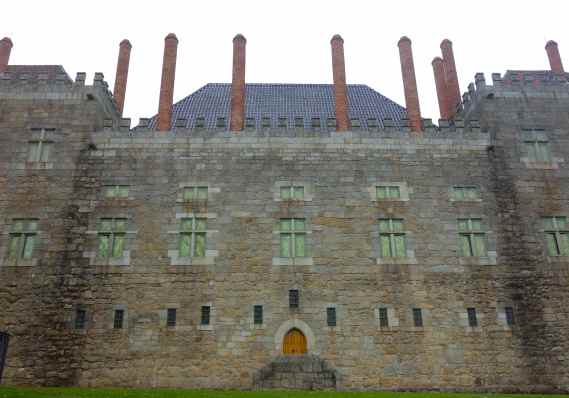 At one point we walked along the back of the palace and thought it was interesting to see what the back door of a palace looks like. 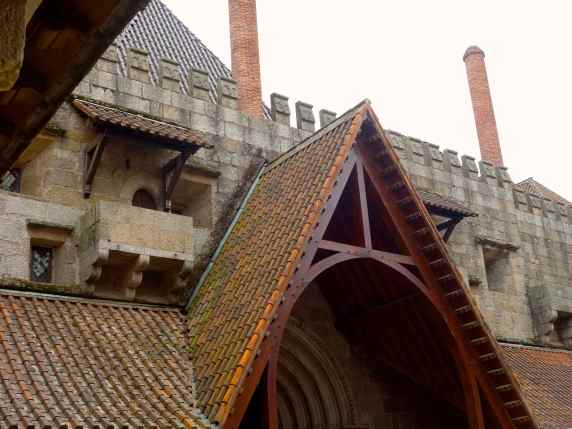 The inner courtyard was undergoing restoration work so we took some images above the workers to show the detail within the upper courtyard.

Wall-sized tapestries hung in the receiving rooms. Most everything in the palace appeared to have been restored.

The palace was rather dark and everything was viewed from afar, making it difficult to really study the works of art.

We’d spent our morning visiting an Iron Age fortified city, Citânia de Briteiros, dating back 2,000 years, followed by a visit to a 1,000 year old castle, and then a palace a mere 600 years old. Through one day we had leaped through time, from pre-historic Castro culture, to Portugal of the Middle Ages, and all the way up to merely old Portugal. Then we hopped on a train that would take us back to contemporary Portugal before the end of the day.

Beth and Joe enjoy simple travel.
View all posts by simpletravelourway →
This entry was posted in Around-the World - 2013-14, Portugal - Europe and tagged around the world, castle, Citania de Briteiros, falconer, Guimaraes, Palace of the Dukes of Braganza, Portugal, travel. Bookmark the permalink.

3 Responses to A castle, with a palace next door