Will threatening skies stop us?

Posted on September 30, 2014 by simpletravelourway

Rain poured down through the night. Our Sunday outing would have to be cancelled if this weather continued. By morning the rain had stopped, but grey clouds overwhelmed the little patches of blue almost hidden in the sky. We decided to move forward with our plans, but we all brought rain gear – just in case.

Our friends, Cat and René, had a good idea what we liked to do and suggested a day’s outing to De Hoge Veluwe. Never heard of it. Time to research just where we were going.

The park of 55 sq km was originally the land of Anton Kröller and his wife, Helene Kröller-Müller, in the early 1900’s. They built a hunting lodge and planned for a museum on the grounds to house their vast art collection.

In 1935, during the Depression, they turned over the artwork to the Netherlands, which completed work on the museum. The land became a privately owned national park. 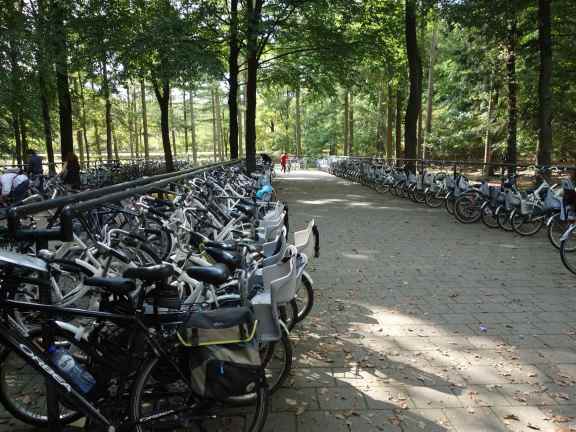 We hopped on free white bicycles to get around the park. 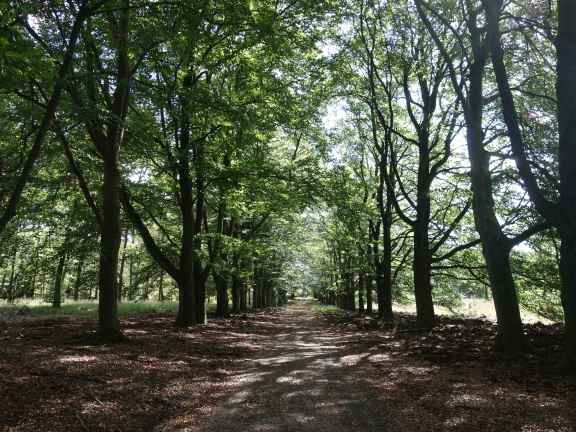 Bike lanes took us through woods, by sand dunes, and through meadows. We kept looking for deer and wild boar but never saw any.

We’ve never been to a nature preserve national park with its own sculpture park and art museum, let alone one with a world-renowned collection. 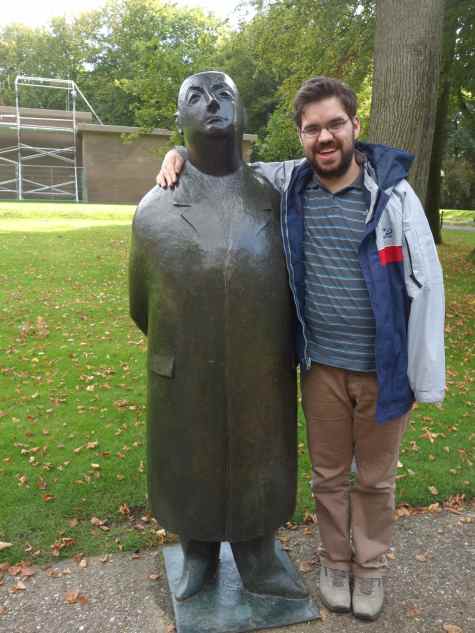 Our friend, Bjorn, greeted the artist, Oswald Wenckebach, as an old acquaintance from visits past. (Title of work: Meneer Jacques, 1955)

We took so many photos of “Sculpture flottante, Otterlo” by Marta Pan (1960-1961) as it swirled around the little pond. Every turn gave a different view. 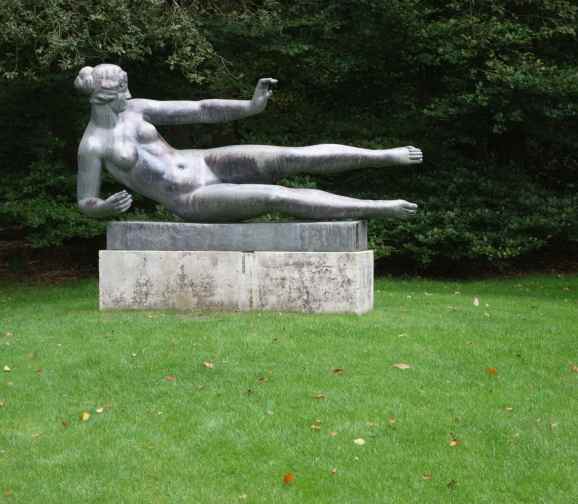 We visited the Kröller-Müller Museum, but that story will wait for another post.

The day had turned mostly sunny – a delight as we biked – but during the afternoon more grey clouds appeared. Just as we were getting too tired to go on, we felt the first few drops of rain and quickly donned our raincoats. Just as quickly, the rain stopped. A day of bike riding and walking through a museum had worn us out, so we headed for home. As soon as we walked in the front door, the skies opening up and rain poured down.

We took a chance on the weather and managed to see a lot in just one day. We’ll remember this as one of our best days – combining friends, biking, nature and art. What could be better?

1 Response to Will threatening skies stop us?