Posted on April 1, 2015 by simpletravelourway

We only had a few more days in the Los Angeles area and decided to brave the crazy freeways to head for the J.Paul Getty Museum at the Getty Center. We had no idea what we’d see.

The high points of the day turned out to be photography. 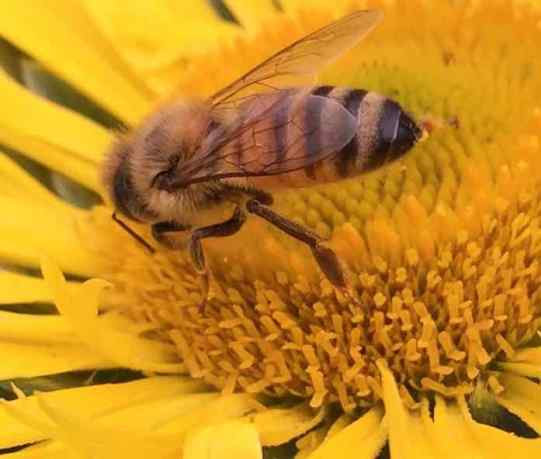 Joe took one of his best iPhone photos (ever!) in the garden. The overcast skies and placid, busy bees worked in his favor. 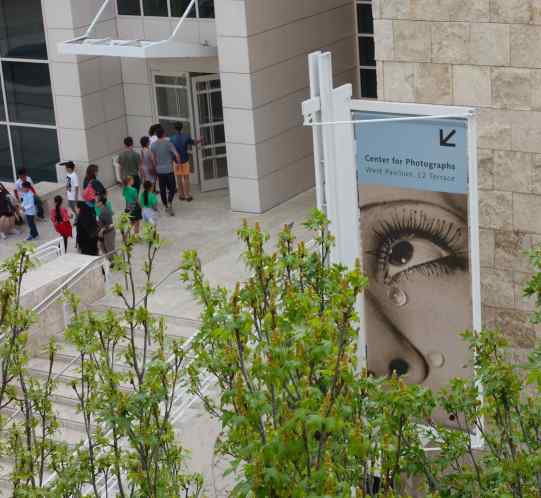 We followed the sign down to the Center for Photography.

The exhibit “Josef Koudelka: Nationality Doubtful”, started with photographs taken during the Soviet invasion of Prague in 1968. A small number of Koudelka’s photos had to be smuggled out of the country and were published a year later by Magnum Photos for the world to see. Koudelka’s photos of Roma people filled a room, followed by several rooms of his large black and white landscapes. For us, his “Turkey” and “Jordan” are the most memorable photos.  (No photography was allowed in the exhibit.)

After an excellent café lunch, we walked down into the gardens designed by the artist, Robert Irwin. 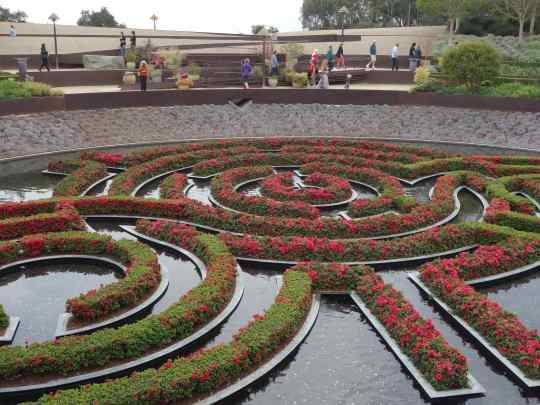 Zig-zagging pathways dropped into the garden with the centerpiece water feature always in view.

The flower beds were raised on either side of the walkway – perfect for seeing foliage and flowers on eye-level, instead of having to stoop down for a better view.

What will we best remember about the Getty Museum? There was a lot to like – even love – about this place. But, first impressions count. On our entry, as we approached the steps, the first piece of art we saw was “Air” by Aristide Maillol.

Six months ago we gazed upon her at the Kröller-Müller Museum in the Netherlands. (She gets around as much as we do.)

According to Wikipedia, Aristide Maillol “modeled Dina Vierny in plaster in 1938, and casts were made after his death. It is an edition of six. Examples are located at the Kröller-Müller Museum, Jardin des Tuileries, J. Paul Getty Museum, Norton Simon Museum, and Kimbell Art Museum. “

For us, the Getty was a very good museum and well worth seeing, but the Kröller-Müller was a great museum.