Posted on October 24, 2015 by simpletravelourway

The first time we set eyes on the Roman Coliseum we were stunned at the sheer size of the place. The Colisuem held up to 80,000 spectators. What an amazing undertaking for a building project erected between 70-80 A.D.!

We’ve visited more than our share of ancient stadium and theatre ruins from the Greek and Roman Empires, and that got us thinking about these mega-sized building projects and how often they were used. We suspected that more than a few of these were built to demonstrate the power of the government and that such large public works projects could be accomplished. 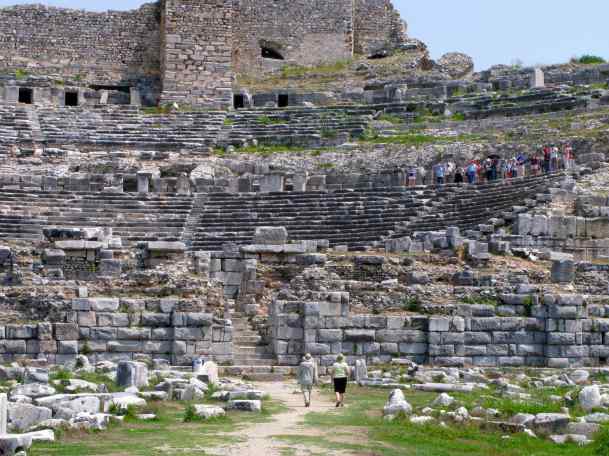 We discovered that Milteus was the largest and wealthiest city in the Greek Empire at the time the theatre was built.

Aphrodisias Stadium – built in the 1st Century A.D , seating capacity 30,000. We found a reference that suggested the population was only 15,000 at the time, so the stadium must have been a huge undertaking for Aphrodisias.

Several years after we visited the stadiums of ancient Greece and Rome, we came upon another mega-sized stadium. 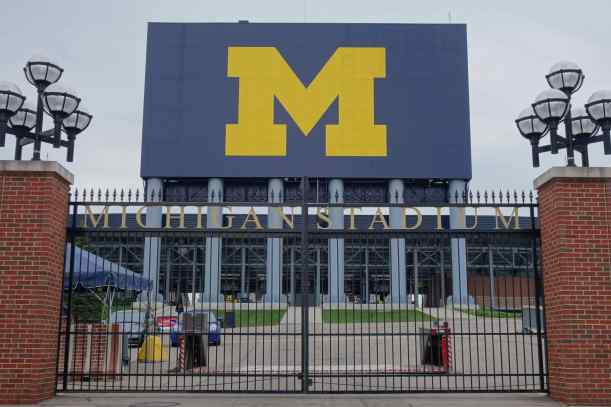 Michigan Stadium, Ann Arbor – 1927, seating capacity 115,000. The stadium looks smaller than it really is since most of the seating is below ground level.

At the time the stadium was built the population of the town was about 25,000 compared to the stadium capacity (at that time) of 72,000. We wondered how often a stadium with a current seating capacity of 115,000 is used?

The stadiums in Portland and Washington, DC seemed modest in comparison. 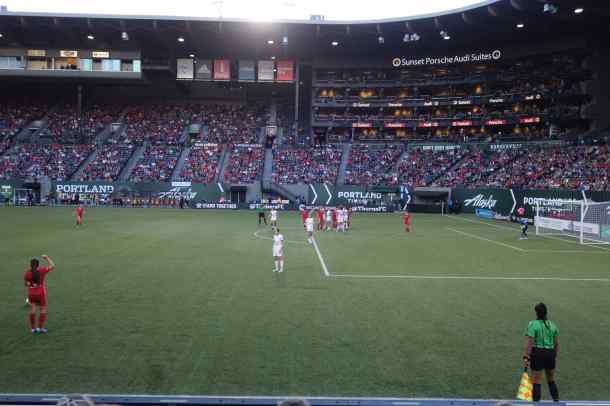 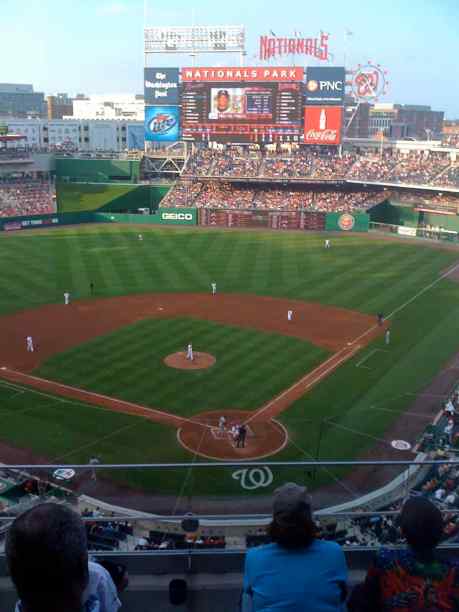 When we stood in a high row at the Greek theatre in Miletus and looked down, it wasn’t that different from standing in a row high up in Washington’s Nationals Park. Stadiums don’t seem to have changed that much over 2,000 years. A little surprising don’t you think?

6 Responses to Mega-sized, even then