A surprisingly creepy and dangerous place

Posted on April 23, 2016 by simpletravelourway

When we stepped onto the sand beach, the warm summer sun and turquoise water gave us the feeling of a tropical paradise in the Galapagos Islands. Things are not always as they seem on the island of Fernandina.   As we walked further across the lava rocks, we saw images reminiscent of a horror film crossed with a “Mad Max” movie. 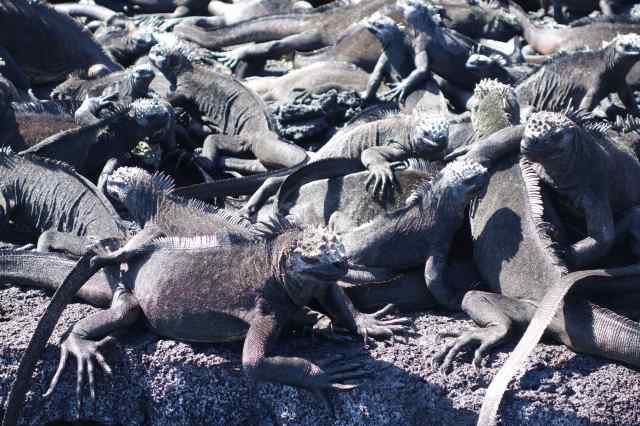 A portrait of two marine iguanas 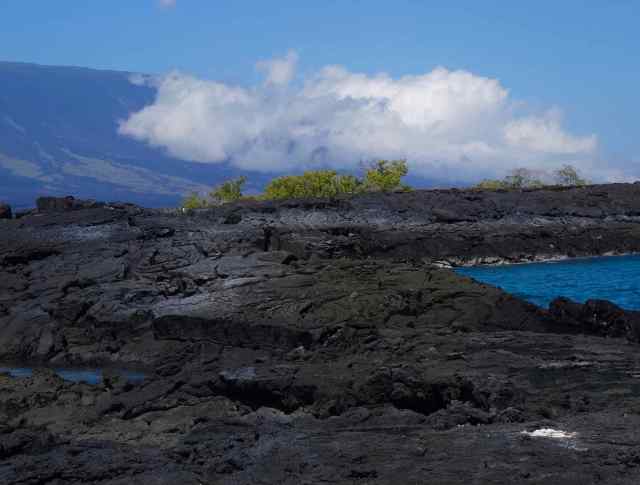 Fernandina Island, the youngest island of the Galapagos, is about 700,000 years old and is still short on vegetation. It was extraordinarily beautiful. 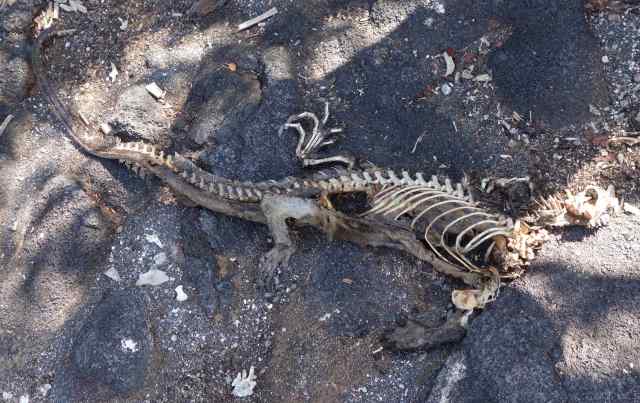 But something was happening here. An alarming number of dead marine iguana bodies littered the lava rock.

The important thing to know if you’re a creature on Fernandina Island is that while you are on the lookout for something to eat, something is waiting to eat you.

Galapagos hawks sat on low trees keeping a watchful eye for prey. One of their favorite foods is the marine iguana. With their sharp talons, they strangle their prey and eat the highest protein parts of the lizard – the tongue and eyes. The rest is left for other scavengers.

One of those scavengers is the Sally Lightfoot crab.

We watched the marine iguanas scurry down the sand to the water’s edge. It took just a second before they were moving quickly through the water, propelled forward by shimmying their body and tail.

At least in the water they would be safe from the Galapagos hawks.

7 Responses to A surprisingly creepy and dangerous place