Procreation is in the air

Posted on May 4, 2016 by simpletravelourway

It’s time to get on with it: do a little courtship, select a mate, fix up the nest, and reproduce. What’s true in other places is amplified in the Galapagos where so many birds make frantic efforts to mate in a very small geographic space that hosts a lot of competition.

Male great frigatebirds were waiting for the female birds, doing their best to attract them with their bright red, inflated gular sacs. 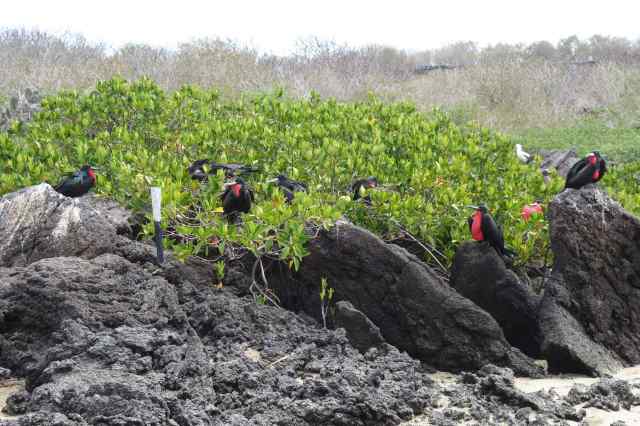 With so many males on display, females have an abundance of options. 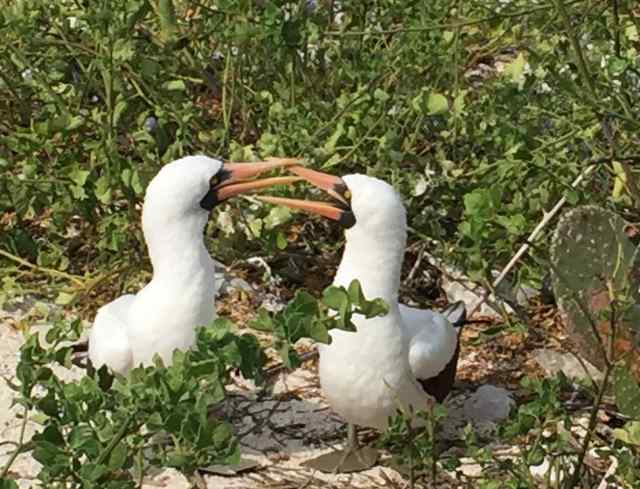 Courtship for a pair of Nazca boobies

Once a Nazca booby couple had settled on the best location for their nest on the ground, they removed a few rough pebbles and created a protective circle of guano for the eggs.

A Nazca booby protected its two eggs in a nest just a few feet from the walking path.

We kept seeing birds in pairs. Was this a continuation of mating season for these birds, or a show of fidelity, as we suspected? Then we found out blue-footed boobies are monogamous, so maybe we were correct.

Our guide, Jose, spotted a common noddy sitting on its’ nest high up the on a ledge in the rock wall.

It was heartening to see so many birds mating with eggs and little birds taking flight. Certainly on the islands we visited, birds and reptiles rule the land, water, and sky. May it long continue!

2 Responses to Procreation is in the air