The 7-day celebration in Cuenca (to see how many sweets can you eat?)

Posted on May 31, 2016 by simpletravelourway

“No school Friday,” announced our Spanish teacher. A holiday to celebrate…how nice! We turned to the web and read up on which holiday it could be. The Battle of Pichincha, marking Quito’s independence from Spain is celebrated on May 24th. As it turns out, this holiday is not really celebrated in Cuenca (as far as we could see).

Our Spanish teacher, Sol, finally solved the mystery for us. On the ninth Thursday after Easter – this year on May 26th – the Catholic celebration of Corpus Christi is celebrated. This is no small, single day holiday in Cuenca but a full 7 days of celebration, known as Septenario. 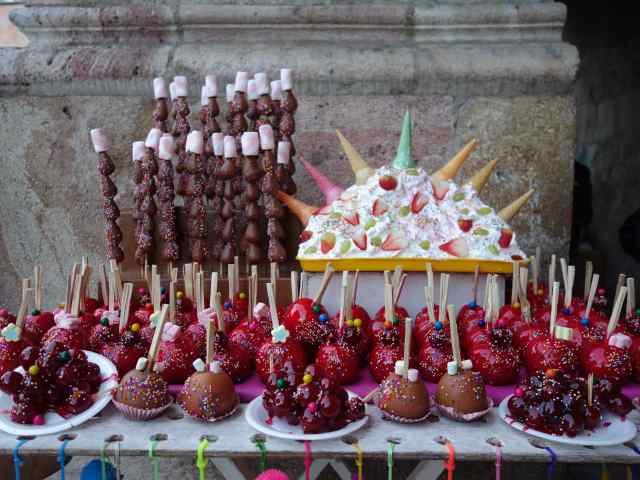 In addition, there are cookies, candied nuts, donuts, everything that is sweet, and for some reason, we also saw some hard boiled eggs.

A religious procession started in the early evening. 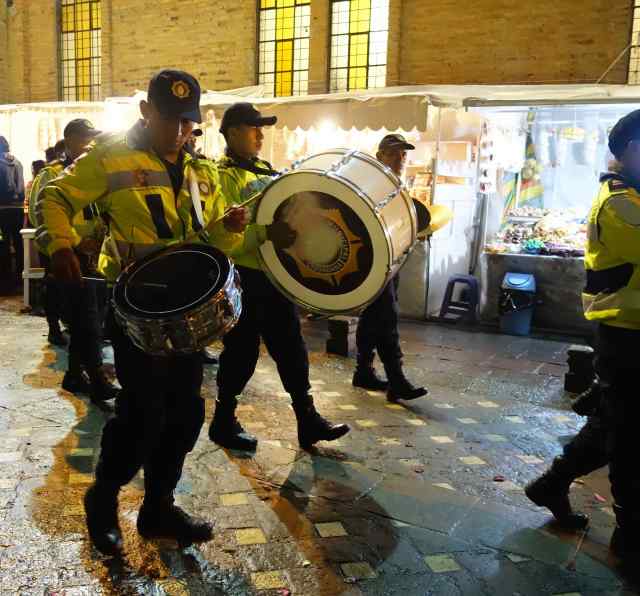 A police band followed the procession, and the bystanders fell in after them to walk towards the Cathedral.

Men finished preparing the “Castle” structure, which was draped with fireworks. 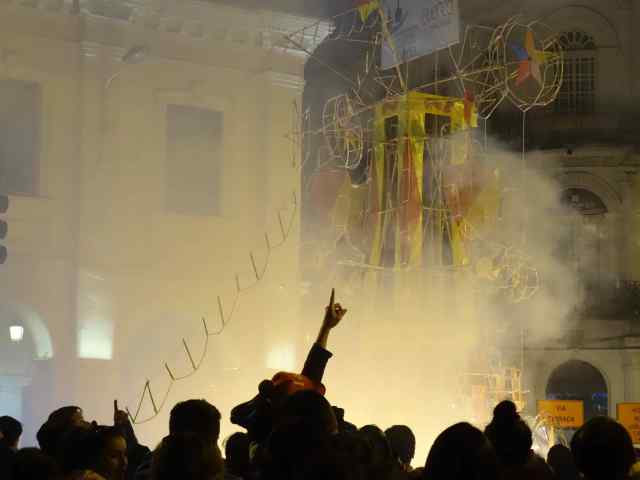 The crowd gathered around the fireworks-laden castle. We decided to keep a bit of distance for safety, but most others seemed unconcerned. With no warning and a bang, the fireworks began!

We looked up at the Cathedral and could only see it through a haze of smoke.

Just when the crowd thought it was over, a final explosion of twinkling lights exploded in the sky and more twirling lights from the firecrackers on the “Castle” lit up the night to everyone’s delight.

Many years ago the celebration for Corpus Christi was combined with the indigenous June solstice celebration.   Maybe that accounts in part for the gala, long, and very sweet celebration.

Our first night at the festival we took no money with us, but the temptation of all those “deliciosos corpus” (sweets) was too great. We won’t say what we indulged in on the days that followed.

7 Responses to The 7-day celebration in Cuenca (to see how many sweets can you eat?)