Posted on November 1, 2016 by simpletravelourway

…your final resting place in Argentina might be the Recoleta Cemetery, dating back almost 400 years. Since the Cemetery is near the top of the list for places to see when visiting Buenos Aires, you would have lots of visitors after you’re gone.

Looking down from the top of an elaborate sculpture, what was the angel trying to tell us? 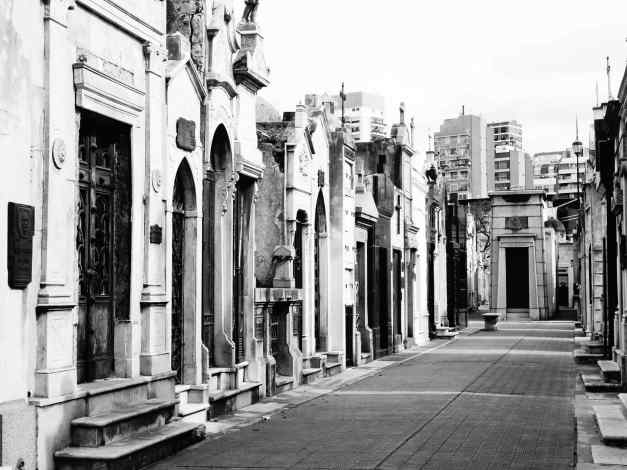 Within the high brick walls the cemetery contains 4,691 above ground vaults.

As we wandered down lanes, there didn’t seem to be any standard “design” for the vaults. Some were lavishly decorated, others were simple, and a significant number were in a state of advanced decay. All were unique. 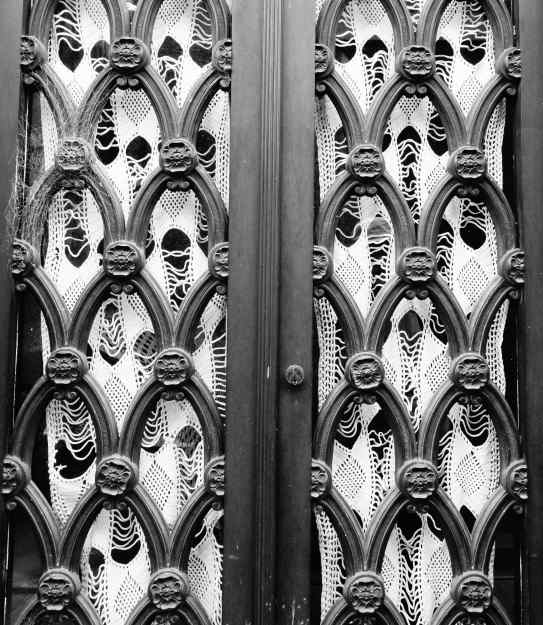 Most of the metal doors had wrought iron decoration. A few, like this, had curtains. 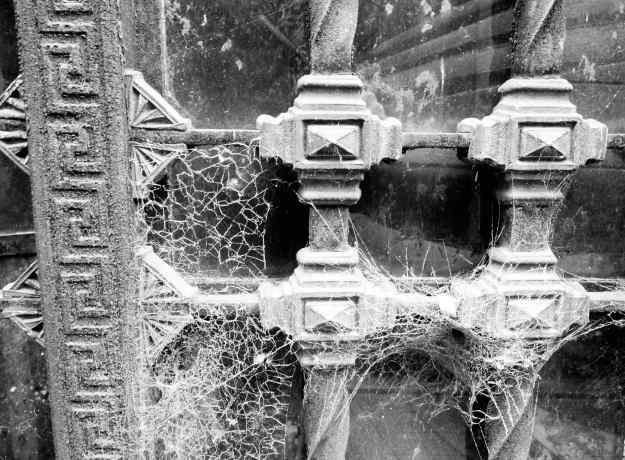 We also saw another form of “curtain” –cobwebs – blocking our view inside. 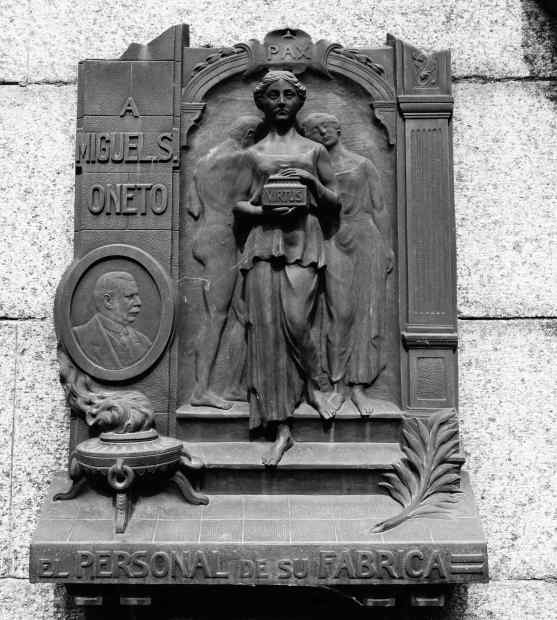 Plaques extolled the attributes of the departed loved one. 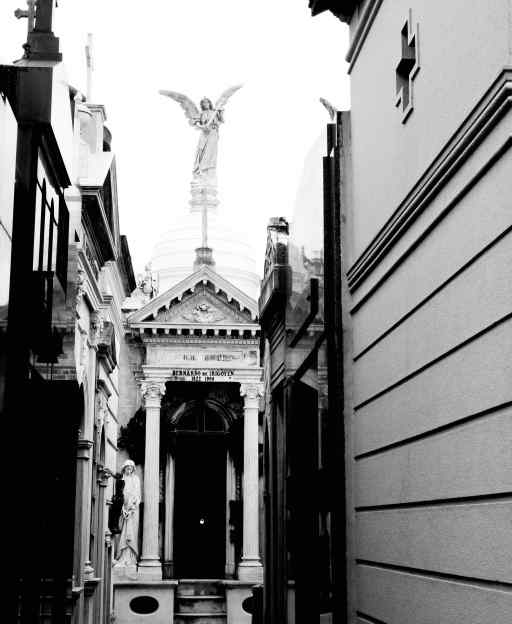 Every time we turned another corner there was a view worthy of a photograph.

And sometimes the photograph was of another vault in a state of ruin. This vault seemed to be crumbling before our very eyes.

We suppose that some of these vaults are so old now that there are few family members close by or with sufficient means to maintain them. We read somewhere that repairs could run up to $50,000 US for those in the worst condition.

We couldn’t help but wonder about the people who now occupied each grave site. Presidents of Argentina, Nobel Laureates, and ordinary citizens are buried at Recoleta. We did know enough Argentinian history to visit the monument-vault for Domingo Faustino Sarmiento, President of Argentina from 1868-1874. 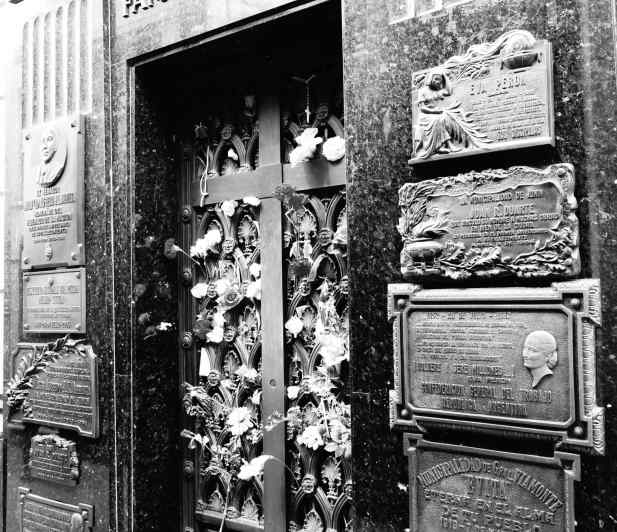 Certainly the most famous person buried in Recoleta Cemetery is Eva Peron, the second wife of the President of Argentina from 1946-1952. People were gathered in front of the Duarte Family vault when we got there, and many fresh flowers were placed in the door’s grillwork. Evita has not been forgotten.

Military guards stand vigil. The engraving referred to the Paraguayan War in the 19th Century.

Too many people have died in war. Maybe rather than military guards standing vigil in front of the vault, a symbol of peace should be invoked.

We had never heard of the Paraguayan War, so we looked it up. The war, fought between 1864-1870, pitted Paraguay against Argentina, Brazil, and Uruguay. When the war seemed over, Paraguay continued a guerrilla war until Brazilian forces killed its president. In the end, 70% of the men in Paraguay died as a result. The cause of the war was due to unsettled land issues from colonial times in a climate of expanding military capacities of these competing nations.

Recoleta Cemetery is considered one of the most interesting cemeteries in the world. There are three centuries of history and art within the walls – and a lot of sad and inspiring stories.

6 Responses to After you’re gone…