Posted on November 13, 2016 by simpletravelourway

We’re now in Patagonia (the place and the clothes). We flew into Trelew early in the morning and picked up a rental car to head straight for the Valdes Peninsula. It was cool and windy – and we were both snug and warm, outfitted in our Patagonia R1 jackets.

We had never heard anything about Valdes Peninsula before doing research and then we wondered – why had we not heard about it before? It’s a huge nature reserve and a designated UNESCO World Heritage Site. 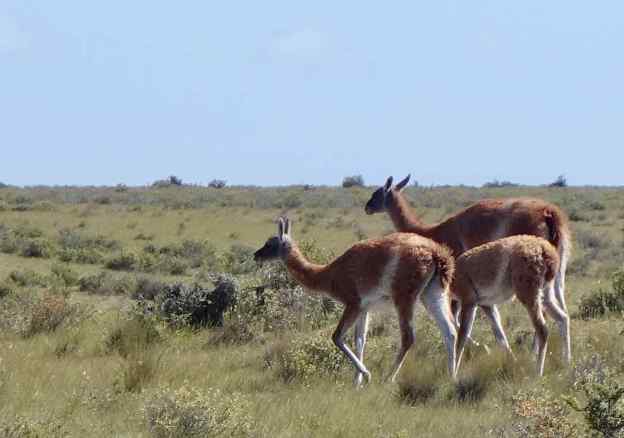 We had seen guanaco in the Andes Mountains of Peru and hadn’t realized they are commonly seen in Patagonia, too.

If you can picture the map of Argentina, the Valdes Peninsula is about 2/3 of the way south, jutting out into the Atlantic Ocean.

To get to the peninsula, we drove across the isthmus of Carlos Ameghino.   A welcome sign was quickly followed by a tollbooth, collecting 680 pesos ($45 US). A bit of a surprise – but fair enough. After a short drive down the road we stopped at a helpful visitor center. We traveled down a side road to an overlook for Bird Island. In years past, visitors could walk over to the island at low tide where thousands of nesting birds made their home. The disruption to the environment caused that policy to end, so now a visit to Bird Island means visitors observed the island from the shore using binoculars. All we could see from such a long distance were a massive number of kelp gulls.

The wind picked up and another Patagonia clothing layer was added – this time, a rain jacket. Brr! We hopped back into the car and drove on into the one little town in the Valdes Peninsula, Puerto Piramides, population: less than 500.

Visitors arrived in buses all through the day to go out on whale-watching excursions. Tractors towed the boats out into the ocean. 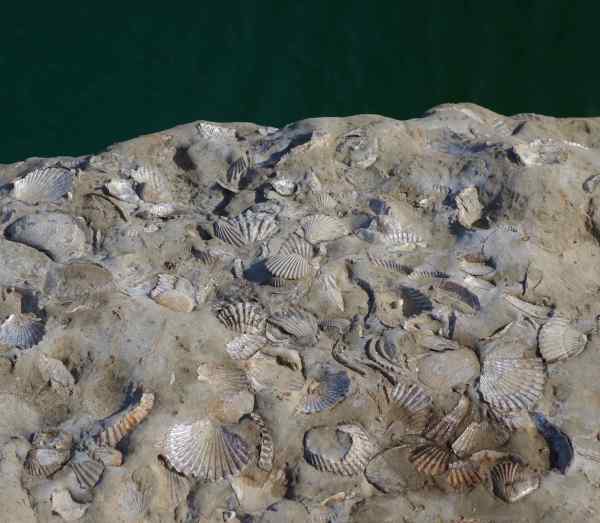 We hiked up a hard dirt surface that was totally embedded with seashells, as were the cliffs next to us. As we stood looking out to sea, we saw Southern right whales breaching in the bay. What a show!

The next morning we set off to drive around the peninsula – a drive that would take the entire day due to gravel roads and a 60 kph (36 mph) speed limit. That sounded slow enough but the reality was we needed to drive even slower on the rough road. Dust swirled across the road and seeped into the car as we headed north. 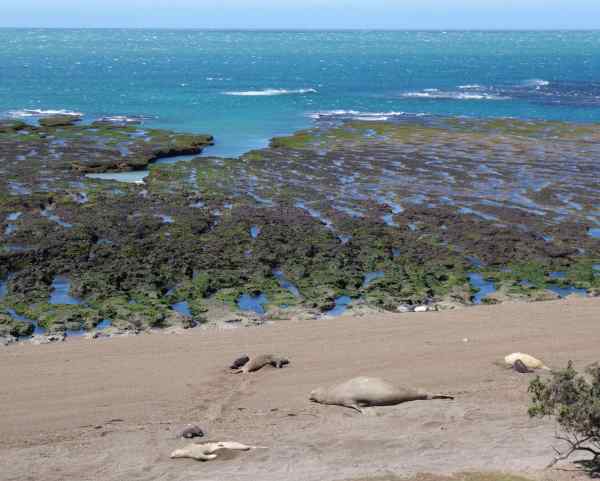 At Punta Norte we watched the sea lions sleeping on the beach at low tide. Had we been there at high tide, we might have seen the orcas (killer whales) that come to prey on the sea lions and sea elephants that use this beach as a breeding ground. 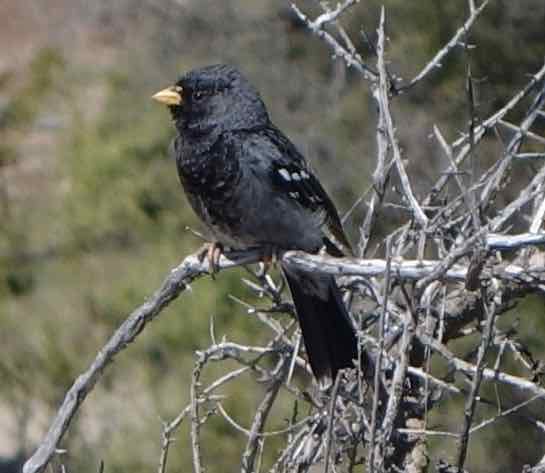 Another bird sighting made even better by a great name: was it the carbonated sierra-finch? Sounds more like a refreshing drink than a little black bird with personality.

We continued our circuit drive of the peninsula.   The already strong wind picked up and when we got out of the car to observe the wildlife, we had trouble using our binoculars and cameras – or standing up straight. Many things we hoped to see stayed hidden from view.

The next day was calmer with a clear sky and only light wind. We drove back to Trelew. Across the street from our little hotel was a city square where we saw many new birds we’d never seen before – almost as many as we’d seen on the Valdes Peninsula! We’re guessing that in Patagonia, weather and sighting conditions require a bit of luck. Our visit to the Valdes and Trelew was just the beginning. Time to move further south…

2 Responses to Patagonia (which one?)