A photography outing of fellow travelers

Posted on December 15, 2016 by simpletravelourway

Our email correspondence pinged across the world. Betsy was in Europe, and I (Beth) was in South America. We wrote of our shared passion for travel, photography, and writing blogs. Since both of us would return to Washington, DC, we planned to spend an afternoon together in December photographing an iconic place. Betsy suggested the garden and grounds at Dumbarton Oaks in historic Georgetown.

The garden would be quiet in early winter with resting flowerbeds and few tourists. The light would be good to photograph those very large trees, hedges, and garden sculptures. We could talk about what we were seeing and the images we hoped to capture. But then…

Our best-laid plans ended with a cold, dark, and very rainy day.

Betsy proposed we meet at Tudor Place instead, a home that had been in the family of George Washington’s step-granddaughter, Martha Parke Custis Peter, from 1805 to 1983. The home is now a National Historic Landmark. (Photo by Beth)

We discovered the only way to see Tudor Place was to take the one-hour tour.

Still wishing we were at a garden, we thought maybe we’d try to capture images of “inside, looking out.” (Photo by Beth) 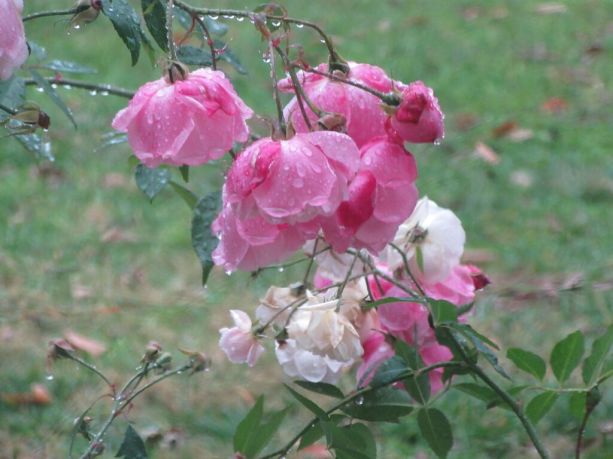 The first challenge to overcome was trying to photograph through rainy, old windowpanes that resulted in a lot of blurry and rain-spotted photos. (Photo by Betsy) 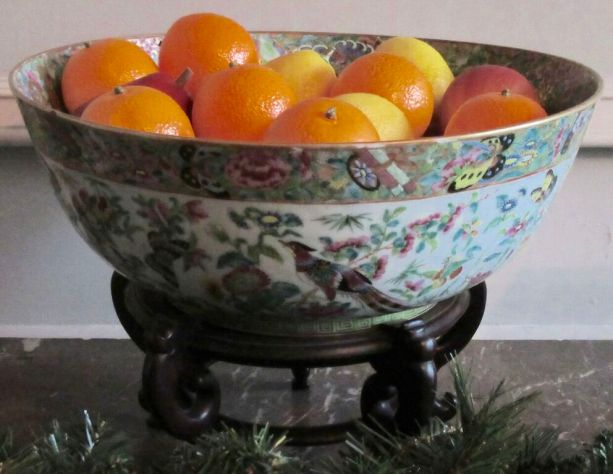 As our excellent guide, Judy, pointed out Washington family mementos, Betsy and Beth snapped away at things of interest in the room and out the window. (Photo by Betsy) 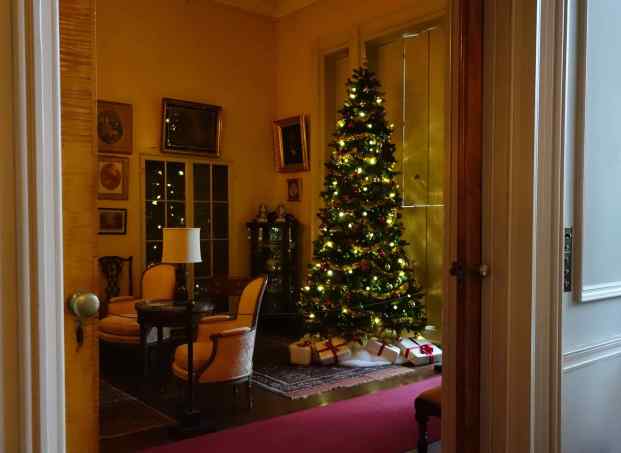 The challenges for photography increased as we strolled through the rooms. The house was dimly lit and relied on daylight coming through the windows, but on this rainy day, it was as dark inside as it was outside. A few Christmas lights were most welcome! (Photo by Beth)

Decorations for the season filled the living room … (Photo by Betsy) 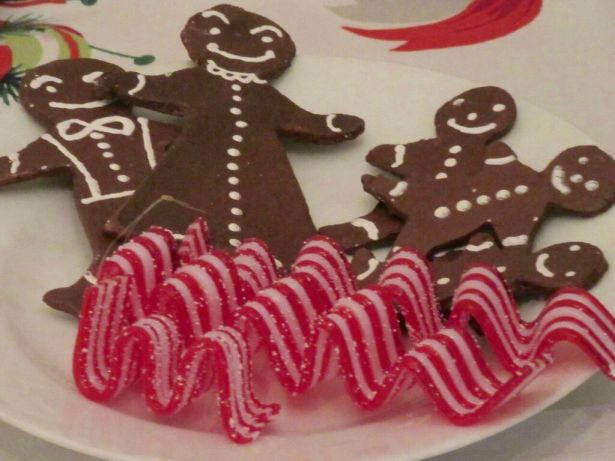 …and the kitchen. (Photo by Betsy)

Rooms were partially roped off so details that we would have loved to photograph often lay just out of photographic reach in the dim light. Getting a good angle to take a photo often proved difficult in the small spaces and working around the other people on the tour. The last challenge was one of timing. The guide spent a few minutes in each room and would not allow any dallying when it was time to move on.

Instead of the quiet, contemplative outdoors to photograph, we had to work quickly, in dim light, with rain on the windows, people in the way, and objects too far away to take photographs.

All the while we listened to the guide as she described the family, how they lived, and the changes to the house over the years. It was a fascinating saga. (Photo by Beth)

We stepped out the door and captured a photograph of the garden.

The boxwoods were grown from cuttings taken from George Washington’s home, Mount Vernon, over 200 years ago. (Photo by Beth)

Since we were on a tour, listening to the guide, we had no chance to talk about what we were photographing or why. The surprise came afterward when we looked over the photos we each took. We had taken very few duplicates, and each set showed the photographer’s own style. Betsy’s primarily focused on whimsical, small details and many of Beth’s photos aimed (and failed) to capture the outdoors.

When our travel paths cross again, we’ll give it another try. Meanwhile our email will continue to ping across the many miles separating us, and we’ll be inspired by each other’s travel, blogs, and photography.

4 Responses to A photography outing of fellow travelers