Posted on May 12, 2017 by simpletravelourway

Raise your hand if you know Canyon de Chelly. Almost no one we know has any idea what it is or where it is, but we think it’s a worthy travel destination to consider. Canyon de Chelly (d’Shay) is a National Monument located within the Navajo Reservation in northeastern Arizona. The closest town is Chinle. The Basketweaver people occupied the canyon five thousand years ago. Since then, Ancestral Puebloan people (formerly called Anasazi), Hopi, and Navajo have lived in the canyon.

We drove along the south rim of the canyon in the late afternoon and stopped at overlooks, like this one to observe Spider Rock, an 750-foot spire.

There is only one hiking trail in the National Monument. It drops down into the canyon to view the White House Ruins. The only other way to get down into the canyon itself is by jeep or horseback, led by a Navajo guide. We chose the 4-hour jeep tour with our friends, Carolyn and Robert. 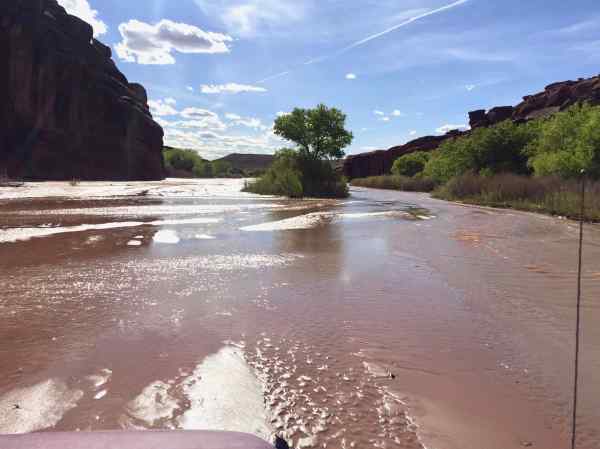 The jeep drove on rough roads, as well as through the Chinle Wash, to take us to a series of historic ruins. 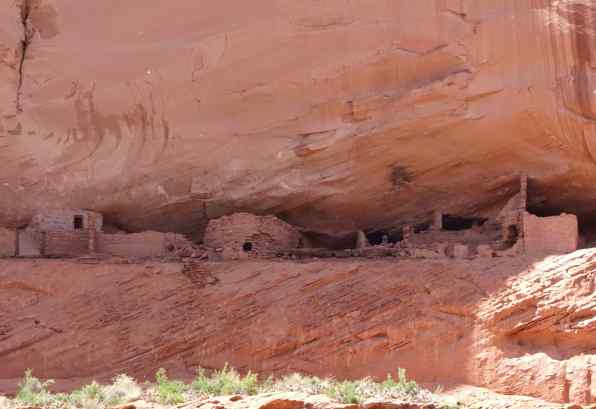 The first ruin we saw was appropriately named First Ruin. 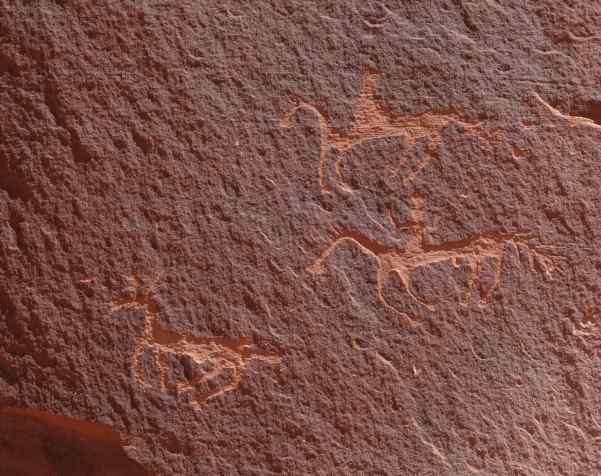 Almost all the ruins had petroglyphs (rock art) on the sheer walls nearby. The petroglyphs were carved or painted by the people who lived in the canyon – first the Basketweavers, then the Ancestral Puebloans, followed by the Hopi, and Navajo. The petroglyphs, though sometimes separated by centuries, were often side-by-side.

Our guide, Don, mentioned that we could make a detour to a weaver who lived in the intersecting Canyon del Muerto. Katherine Paymella greeted us and escorted us into her hogan for a demonstration of the steps to make a finished woven piece. She raised her own sheep and used the wool for her weaving. 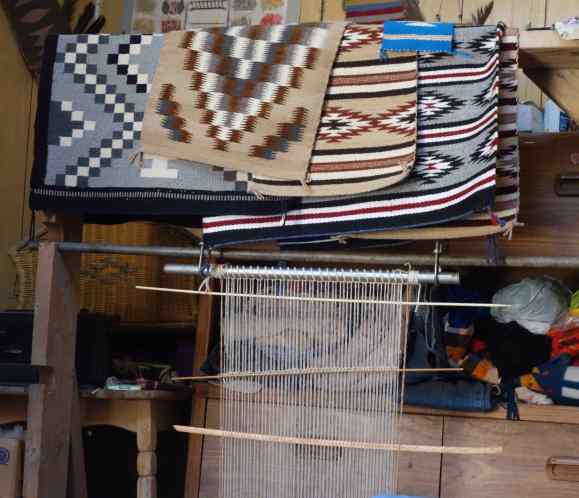 Her loom was set up with finished pieces for sale draped over the top.

She demonstrated how she prepared the wool and her weaving technique. Her designs are her own, based on intuition but also tradition.

If you are wondering, yes, we wanted to buy the small piece in the middle of the photo. So did our friends. Who would get it? Fortunately, there was another rug, similar to the one we’d all chosen. We each paid for a rug and then “flipped a coin.” Carolyn and Robert won. Ah, the memories and stories we will be able to tell about our Navajo-woven rug!

We had one more demonstration in the canyon and this involved handmade arrows and a cottonwood-carved atlatl (spear-thrower).

We had always assumed Indians all used bows to shoot arrows. One of the Navajo guides showed us his skill in using the atlatl to hurl the arrows quite some distance toward his target.

We thought a four-hour tour would be quite long enough to see the sites in Canyon de Chelly, but maybe we should have taken a longer tour? There was just so much to see.