Posted on August 31, 2017 by simpletravelourway

Sometimes when we are lucky, we visit a place where it seems almost impossible to take a bad photo: dawn in the Florida Keys, the red rocks in Utah’s national parks, the canals in Venice. Most of the time though, the sun is too bright, and we’re less than inspired to take more than a random photo or two.

A few days ago we strolled along the coast of Cascais, Portugal, and the walk started like all others. We strolled on a cobblestone sidewalk with a ribbon of land between us and cliffs, which plunged to the ocean. The bright sun in the pure blue sky made us feel warmer than it really was. Here the ocean was not so dramatic. The color was a deep blue and the water fairly calm. Seabirds rarely flew by, and, in this past month, we’ve never spotted even one sea creature. So, you ask, what is there to photograph? Were we becoming complacent? Not really seeing just what was in front of us? OK – it was high time to exercise and stretch our photography skills. Starting N O W:

We thrive on color and the combination of blue (sea), green (plants) and red-orange (dirt and rocks) inspired this composition. 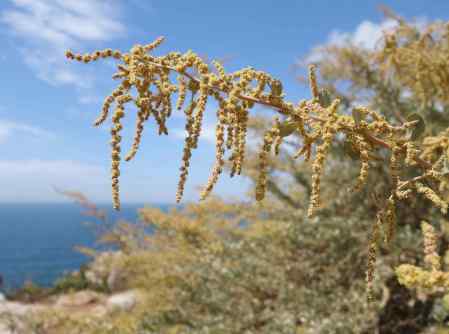 Draped branches leaned into the sun in the late summer. 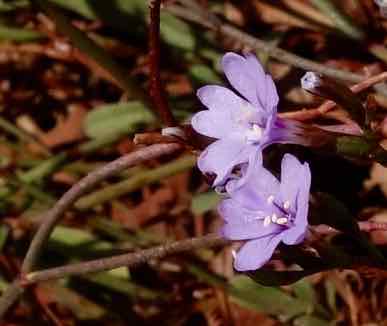 The end of August is usually not peak time to look for blooming wildflowers, but we found a few hiding not far from the path. These tiny little blossoms were tucked behind a low retaining wall, and, to take their photo, Beth had to lean way over the wall dividing the walkway and the rocky cliff.

The silhouette of dried flowers – perfect little golden orbs – were almost invisible until we viewed them against the deep blue of the ocean.

At one point we stopped to look out to sea and started to lean on the rail. STOP! At least 10 bees were gathered on a small area of the rail. Did someone spill something sweet there? They seemed quite intent in what they were doing and weren’t bothered by the nearby camera. 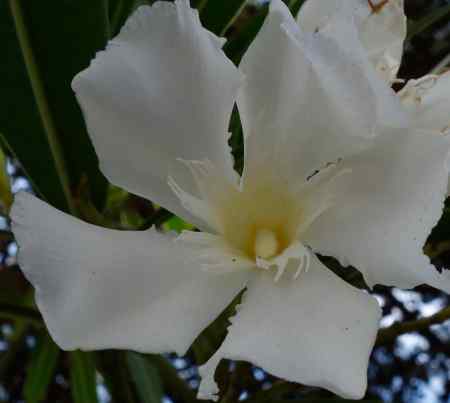 A very large tree branch draped down near the path. The flowers hanging from the branch were mostly past their prime, but one was close to perfect.

The wall of a little shed near the water painted (what else?) jaunty nautical blue and white.

As we turned to walk back to town, there was a fork in the pedestrian and biking path, depicted on the wall.

When the walk ended, we were surprised just how many subjects we had observed and photographed. Not all were “brilliant” studies, but every photo taken is a learning tool. When we look back again at our photos of a few years ago, and especially a few decades ago, we can see definite improvement! That is heartening. It’s not just camera technology that has improved, but our photographic eyes. Practice makes perfect, so we’ll continue to exercise to stretch our skills.