Stop and stay awhile (or not?)

Posted on September 20, 2017 by simpletravelourway

When we’re charmed by a place on our travels, we have a hard time leaving. It didn’t take long for us to feel that Cascais had become one of those special places for us. So, we were faced with a dilemma: stay in Cascais for the day or depart for a quick trip to Lisbon? 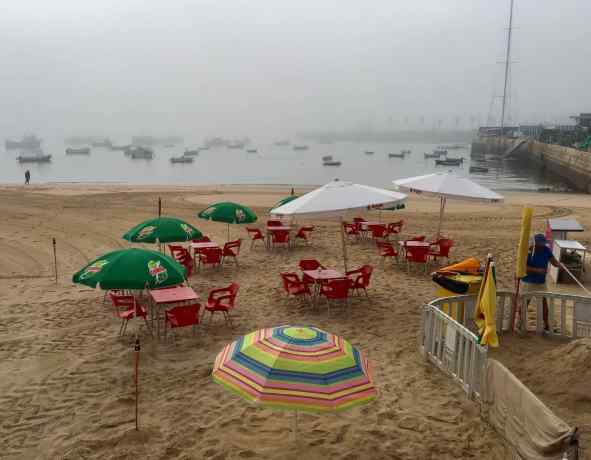 We reasoned it was only a day, and we’d be coming right back to Cascais – so why not?

We locked up our historic little AirBnB house, and Beth took one more photo of Joe waiting to go.

Every time we turned the corner by the nearby house we glanced upward and smiled at the little boy looking down at us.

Long before we arrived in Portugal, we knew we wanted to visit the National Tile Museum in Lisbon. What better place to view tiles over a span of 500 years? Tiles are the national art of Portugal.

Many of the early tiles showed the influence of the Moors who occupied Portugal from the 8th through the 13th centuries.

The word for tile in Portuguese is azulejo, derived from the Arabic word azzelij, meaning “small polished stone”. Ceramic tiles are glazed on one side.

We were drawn to tiles of simplicity in design and color in the earlier periods. In the beginning they were often used for pavers and only later for wall decoration. During the Renaissance, tiles took on a more figurative look.

We thought we had finished our tour when a guard motioned to us to climb one more flight of stairs to see the best work of all.

In the early 1700’s a grand, sweeping tile panorama of Lisbon was completed. In 1755 a major earthquake devastated the city. The tile panorama became an historic record for how Lisbon looked before the earthquake. 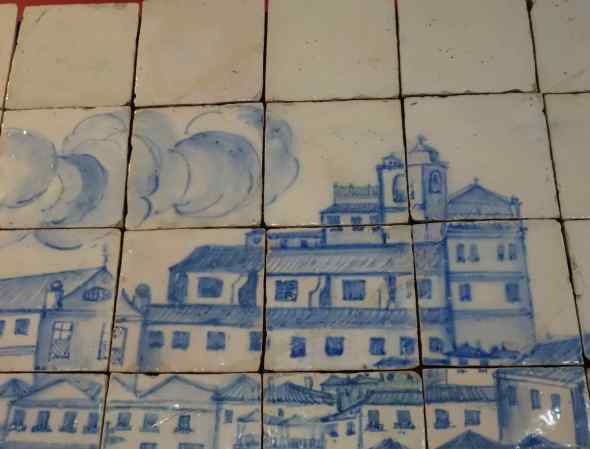 The National Tile Museum was well worth a visit, but it felt like “coming home” to return to Cascais at the end of the day.

9 Responses to Stop and stay awhile (or not?)