Treasure discovered by the ancient wall

Posted on October 9, 2017 by simpletravelourway

It was a treasure discovered by sheer luck – which happened on a hot day in Lagos, Portugal. The sun seemed to be following us without mercy as we walked on cobblestones through the old city. When we spotted one of the few green spaces set aside as a park, we gratefully sank down on a bench. None of these green spaces is particularly well taken care of, but even so, green is green, and we enjoyed the shade of the trees on a hot summer day. 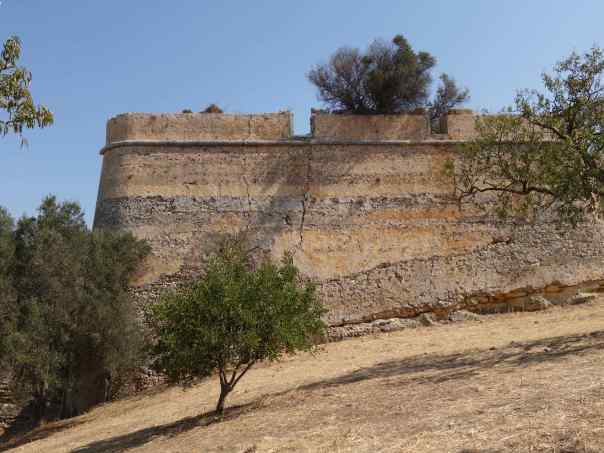 The park bordered one the old stone walls of the city. How old is the wall? We’re pretty sure it dates back to the late 17th Century when the city came under regular attack “which led to the construction of a string of forts all along the coast. One of them was the late-17th-century Ponta da Bandeira Fort in Lagos, which was completed between 1679 and 1690.”

Birds few by the wall so we eventually got up to see them and the wall — that’s when we spotted our treasure. The very smallest grouping of wildflowers huddled together in the grass, protected by a bush. They were all small plants, in bloom (with glorious colors!), and the little “garden” wasn’t much larger than a doormat. Beth swooped in to take some photos.

A few days later it was time to see if we could find out something about these little beauties. After a few searches, a helpful photo site featuring Algarve wildflowers, taken by Valter Jacinto, proved to be helpful in identifying all of the flowers.

A daisy-like flower, the Common Andryala (Andryala integrifolia) grows in the wild all over the Iberian peninsula. Don’t even think of eating this one as there is toxic latex within the plant.

We were lucky to see the flower of the Mediterranean Thistle (Galactites tomentosa) since it was past its blooming period.

Blue Fieldmadder (Sherardia arvensis) were so small, the little bouquet of flowers was not much larger than a thumb nail. The flowers are 3mm across. 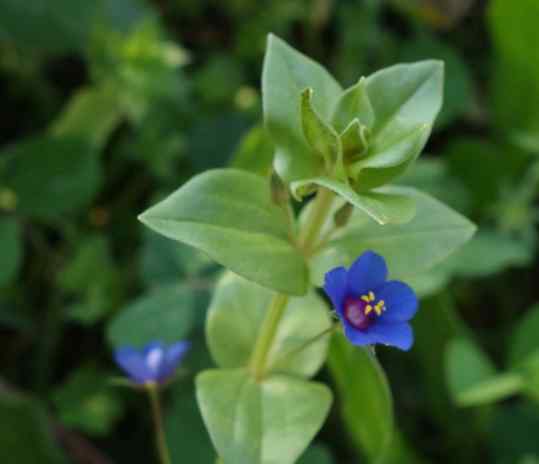 The striking and intense blue color of these Pimpernel (Anagallis) wildflowers were attention getting despite their small size – less than 1” across. While these plants originated as wildflowers in the Mediterranean area, it appears they’re now cultivated and grown wherever there are favorable conditions.

Assembleias (Iberis procumbens) is commonly called dune candytuft. Guess that ant gives you some perspective of the flower’s size.

We forgot about the heat and the birds. What a great discovery! We had remarked how sad the park looked before we made our discovery but then realized that the park’s minimal maintenance had probably spared this little wildflower garden from being cut down.

Wonderful sights are there for those who look.

8 Responses to Treasure discovered by the ancient wall