Posted on January 9, 2018 by simpletravelourway

We believe in tidying up – and that includes our photo library. But, oh, what a time-consuming task that is! We take a LOT of photos as we endlessly travel. If we don’t keep the photo library under at least some control, we know we’ll soon be overwhelmed.

Organizing is not all misery. It’s gratifying to revisit our old photos again and to remember those wonderful moments when we clicked the shutter. When we waded through hundreds (and thousands) of photos, we started to see “collections” we didn’t know we had – and that brings us to our newly found “wedding album”. Not our own wedding album but snapshots of brides and grooms we’ve seen on our travels. It was heartwarming to snap the moment and share in their happiness.

We took our first wedding album photo in Shanghai, China. 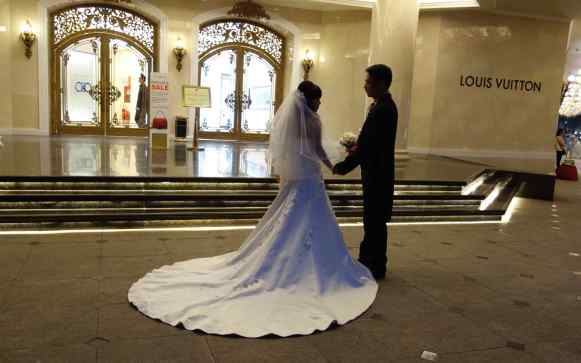 Our next photo may come as a surprise. This one was taken on an evening walk in Hanoi, Vietnam.

We knew it was time to organize our photos when we could no longer find a particular photo in the endless jumble. Beth started by creating albums in her Apple photo library based on our travel destinations. Every photo made it into an album. Her rookie mistake came in not labeling the albums so they would naturally stay in chronological order. So, all albums eventually had to be relabeled. Tedious, but effective in the end… Here is the system: the album name started with the date of arrival to our destination, such as “2017-12-08: Portland, OR.” 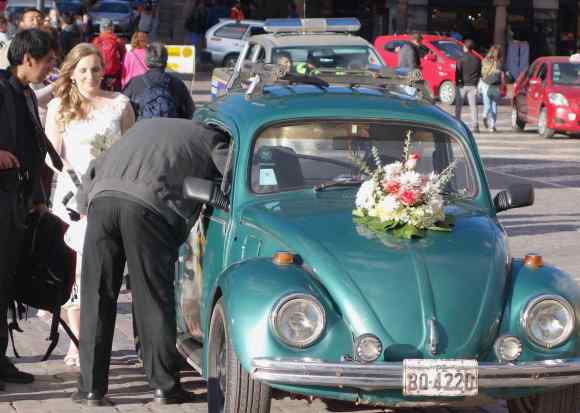 On a different continent, a very different scene was captured of a bride and the wedding car in Cusco, Peru. 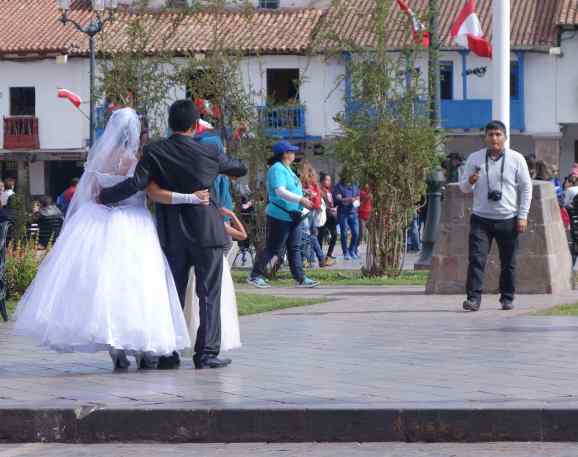 The same day, another couple was spotted in Cusco, Peru’s historic square.

We created a few “interest” albums, too, for birds and wildflowers, in addition to our album for wedding photos.

As soon as we uploaded images to our computer, we tried to delete any photos from our library that we thought we’d never use or were “duplicates”. It became clear that one session of deletions was not enough. A few months later, Beth took a second look and was more critical. Delete, delete…. At the same time, she would do a little photo editing. If she really loved a photo, she’d give it a 3-star or 4-star rating. Someday when we have a cottage to live in, it will be handy to pull up our best photos and print some to display. 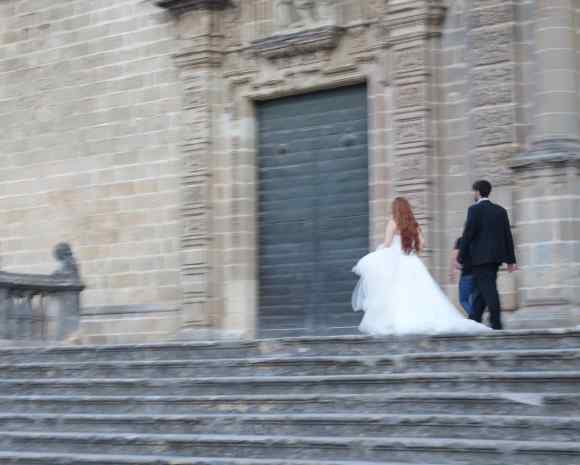 We spotted a bride and groom dashing by in front of the Cathedral in Jerez de la Frontera, Spain.   We were happy with the image’s dreamy effect. 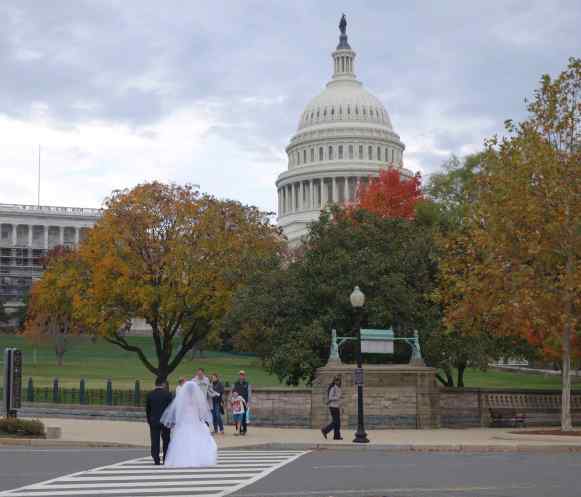 In a most unusual place, we saw a wedding couple crossing the street in front of the US Capitol Building in Washington, DC.

Tidying up our photos was (surprisingly) easier than we thought. Each layer of organization had a satisfying result. As we dove deeper into the task, the more satisfying was the result. Of course, it did take time, but we wonder: can this be a life lesson?

9 Responses to Photography: tidying up