Posted on October 17, 2018 by simpletravelourway

We love the state of Maine – enough to have lived there many years ago when we were both teachers. We didn’t live near the coast but in the northern woods on the Kennebec River near the small town of Bingham (population 903).  We found the intervening years have not been kind to the area. 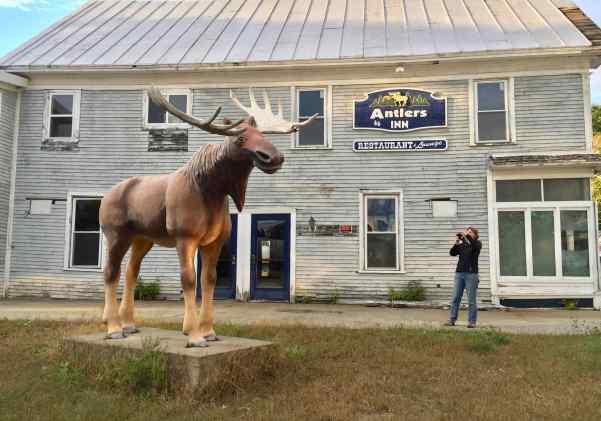 The best site in Bingham was the moose statue.

We took off south and headed for the state capital, Augusta, where we took our daily walk at Viles Arboretum.  The green ash forest was our first stop, then we strolled through a display of conifers.  At the end of the walk, a number of protective wire cages dotted a field. 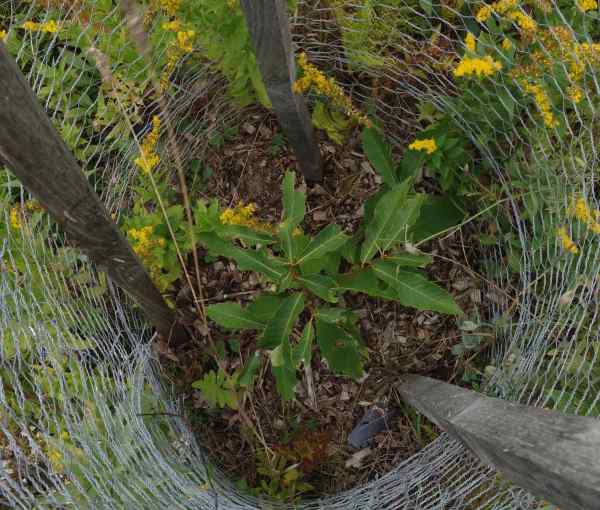 American chestnut trees had been planted in hopes of replacing some of the many chestnuts which were almost wiped out years ago due to a fungus.  They look like they’re getting a good start.

We joined our longtime friends, Warren and Ethel, and headed east to Rockland, home of the Farnsworth Art Museum.  There was a lot to like at the Museum, starting with the special exhibitions of the Wyeth family paintings and Ai Wei Wei. 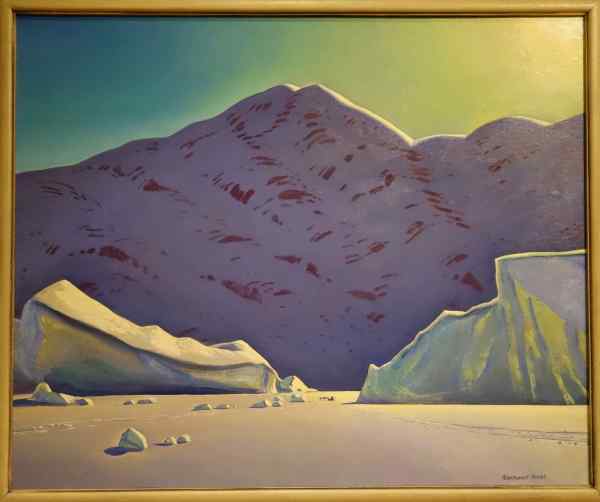 The untitled Greenland oil painting from the 1930’s by Rockwell Kent was one of our favorite works.  He was one of many artists featured who lived and painted in Maine. 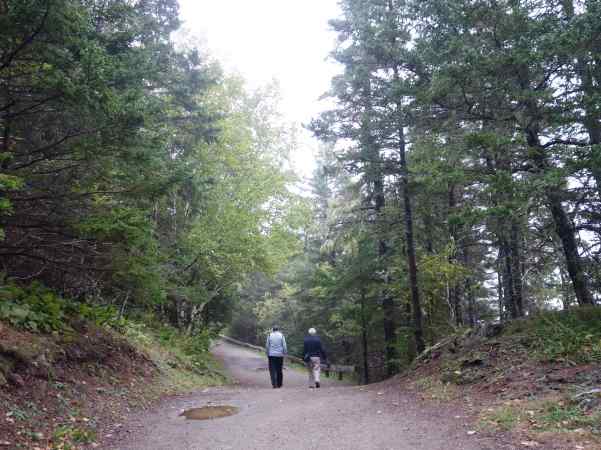 Owl’s Head is a short drive down the coast.  Joe and Warren led the way through the woods to the lighthouse at the point.  The Abenaki lived in this area when Samuel de Champlain arrived to explore the area in 1605.

The Maine coast is rocky, and we weren’t finished exploring. Another park we visited, Wolfe’s Neck Woods State Park, is south of Freeport, Maine. 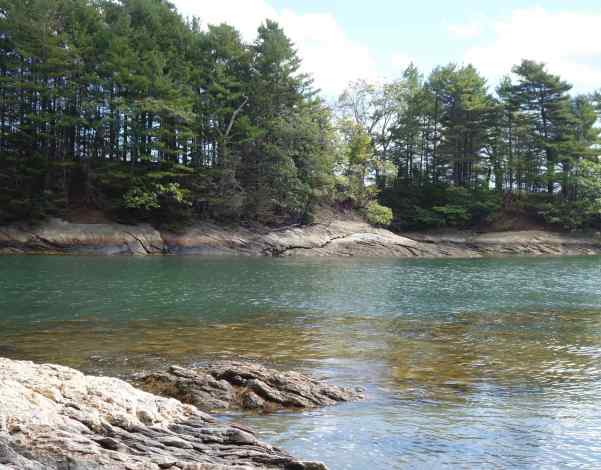 Islands dotted the bay.   Most are very small and unoccupied except for double-crested cormorants and other sea birds.

Freeport is home to LL Bean, well known for its famous boots and outdoor gear.  In the years since we lived here, Freeport has become famous as a shopping mecca. We browsed in a number of shops ourselves and found the prize of the day in an antique store. 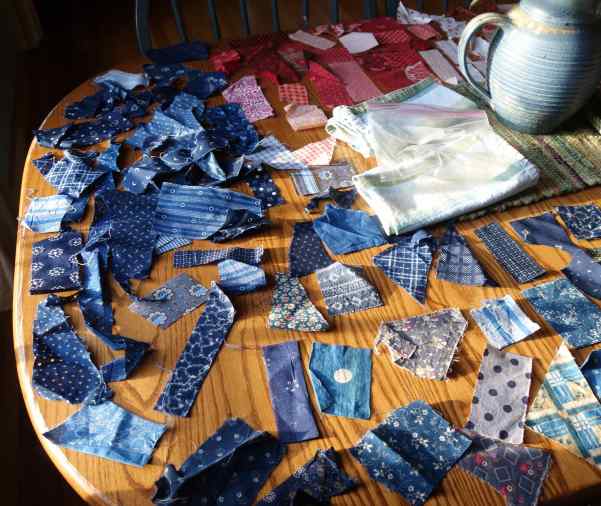 Beth sews a lot and found two little bags of antique fabric scraps dating back to 1875-1900.  She spread a few of the scraps on the table to see just what was in those bags.

Whatever she makes from the antique scraps will be a souvenir from our return visit to Maine.  How perfect is that?  Homemade and a memorable story of its own…