When everything comes together…

Posted on December 18, 2018 by simpletravelourway

Cloudy skies and a not-so-great AirBnB on Tybee Island, Georgia threatened our plan for a lovely seaside stay.  We decided to escape to the beach.  When we headed off for a walk, it was cool, and the grey sky showed not a hint of blue at mid-day.  Sigh… 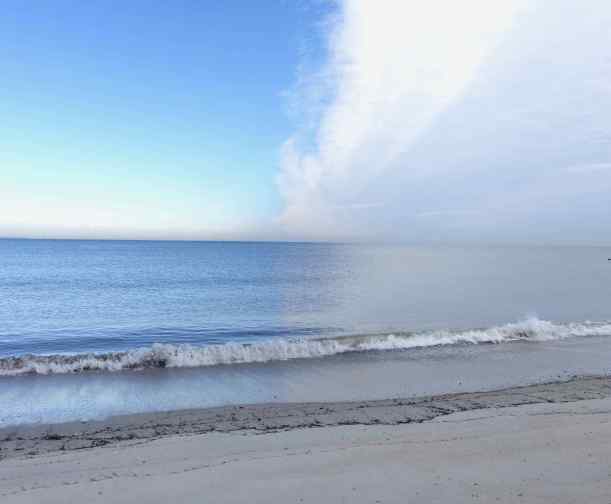 We had walked quite a distance when we saw a patch of blue sky ahead which continued to widen.  We were amazed as the sea of slate grey under the clouds transformed into a deep blue under the clear sky. 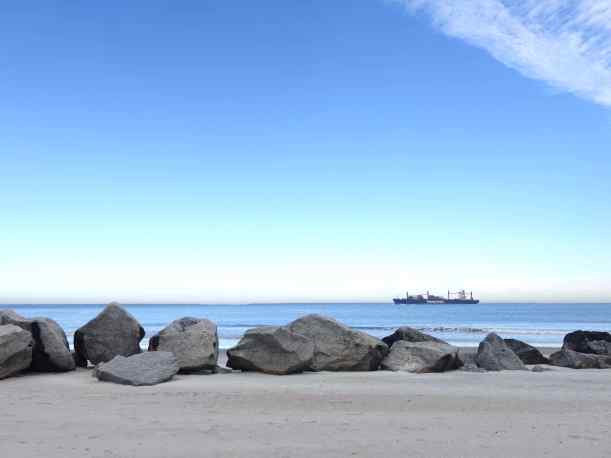 The grey clouds had almost lifted when a freighter appeared.

It’s surprising that we even noticed it, as we were fixated on the many shells at the water’s edge. 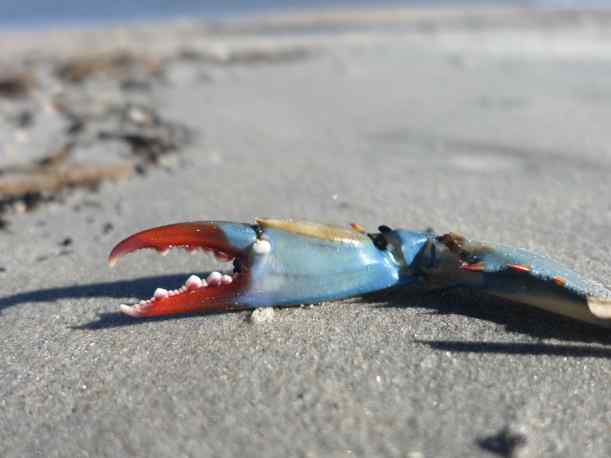 The bright colors of the claw caught our attention.  We’d never coloring like this before.

Many birds dotted the shoreline – gulls, terns, skimmers.  Brown pelicans occasionally flew by.  Ahead we saw a tight knot of black birds in a circle, lifting their heads to the sky and singing. 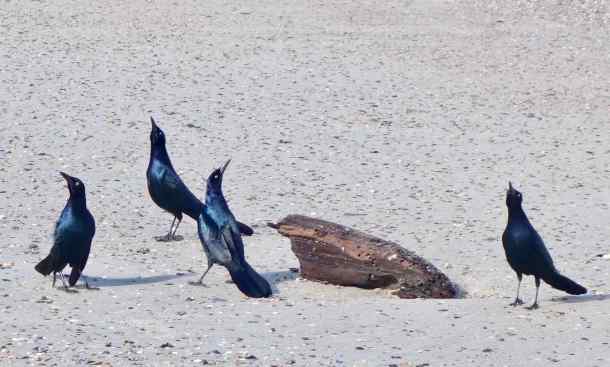 We assumed that they were male boat-tailed grackles, but we’d never seen such behavior before.

About 100 feet (30 meters) distant, we saw about 25 female boat-tailed grackles congregated on a rock jetty. How interesting, we thought, and, as soon as we got back, we googled “behavior of boat-tailed grackles.”  We learned that they are the only songbird in North America to practice “harem polygamy.” We read that “Boat-tailed Grackle sexes remain apart most of the year, except in the nesting season when females gather in large, dense colonies, usually on small islands in marshes or in isolated trees in settled areas. Many males are attracted to each nesting colony, but only a few high-ranked individuals succeed in mating there.” 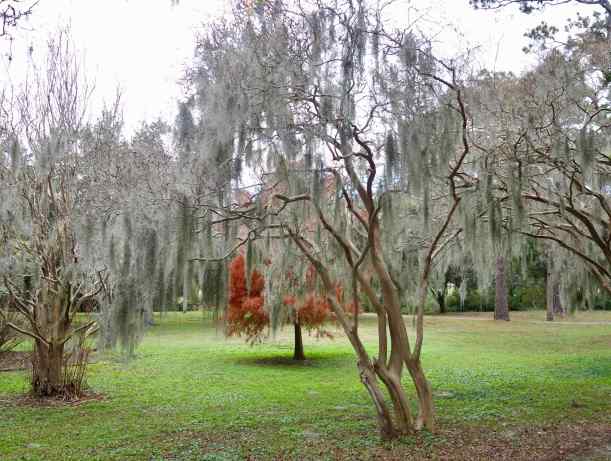 On our way back from the beach, we walked by a park where most of the trees were draped with moss.

What magic buttons can we push to feel calm and settled?  We have learned from years of travel that warm temperatures, sandy beaches, and ocean waves create an almost instant calming effect.  Throw in seashells and birds and we are truly in our element.

Beth and Joe enjoy simple travel.
View all posts by simpletravelourway →
This entry was posted in US - miscellaneous and tagged beach, birds, boat-tailed grackle, Georgia, road trip across the US, Tybee Island. Bookmark the permalink.

12 Responses to When everything comes together…