Posted on March 30, 2020 by simpletravelourway

A habit we developed years ago stuck with us.  In the beginning we took short walks pushing a baby carriage.  Every day we found time for a good walk and soon it became a habit. A decade later we had expanded to a family of five and still we took our walks. Roll the calendar forward by many decades and every day in every year, we continue with our routine.  Oh, the places we have walked!…  the weather we have walked in!… the things we have seen!

Now we have settled into our little cottage at Kendal at Longwood and our walks are more repetitive.   Just when we think things don’t change, they (magically!) do.

A gloomy weather day inspired a camera adjustment to the “watercolor” setting as we set off from the cottage. 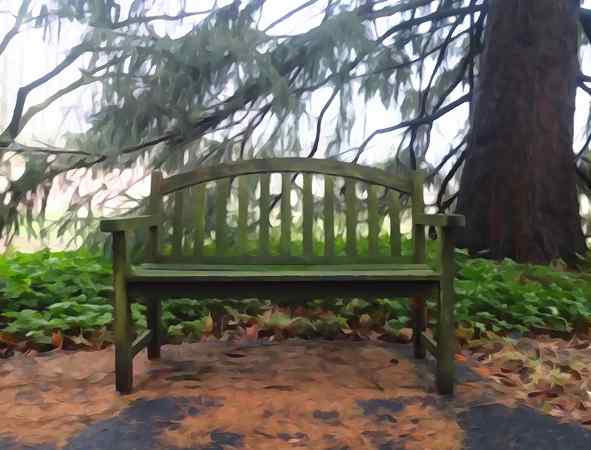 We pass this bench every day.  Someday we’ll have to rest and enjoy the view – but not yet. 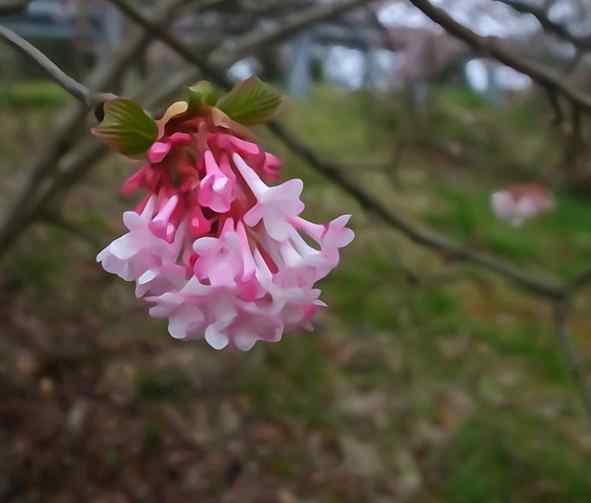 It’s spring and Kendal is an arboretum, so there are lots of flowering trees and shrubs.  This one is the flower of a pink dawn viburnum (viburnam bodnantan).

Even the most common of plants – pachysandra – looks unusually good in bloom when using the “watercolor” setting on the camera.

We come to a hilly place near a water treatment pond, and we spot an animal.  What is it?  We’re mystified. 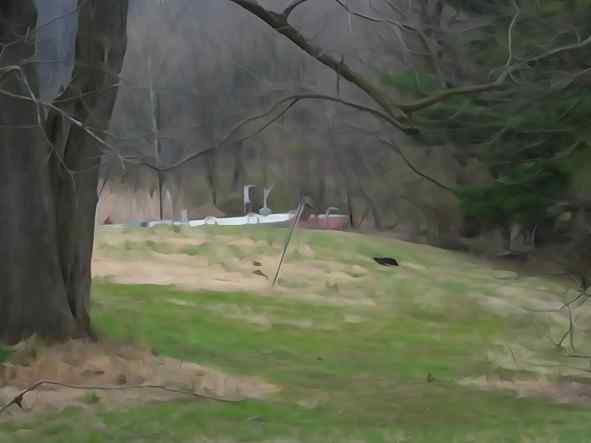 We take photos before we realize the “watercolor” setting is still on the camera.  Beth turns it off.

We snap a few more photos before we recognize what is slowly making its way toward the pond.

It’s a common snapping turtle which we’ve rarely seen before.  The turtle navigated right under the fence and a few seconds later dropped into the pond and out of sight.

We read that snapping turtle might live in the wild over 100 years, so we assume we just might see this one again on a future walk.

We at Kendal have been isolating in our cottages to stop the spread of the Corona virus, but we’re encouraged to continue with our walking routine.  During this time, little painted rocks with messages started appearing on the main loop trail.  Who was behind these wonderfully painted little messages?  Everyone wanted to know.  We passed the rocks most every day but still no word who had painted or placed them on the path.

On a sunny and warm day, we started our usual walk but decided to veer off on a grassy path through a large cornfield to continue on a different path.  There were just a few blocks of homes on the other side of the cornfield, a rather quiet and isolated neighborhood.

We chatted while we strolled when a sight we hadn’t expected to see stopped us short.

As luck would have it, an older woman with a little dog in her bike basket pedaled towards us.  We waved her to stop.  Did she know who had painted the rocks?  Sure, was her reply.   The rocks were made by two teenagers who live around the corner. 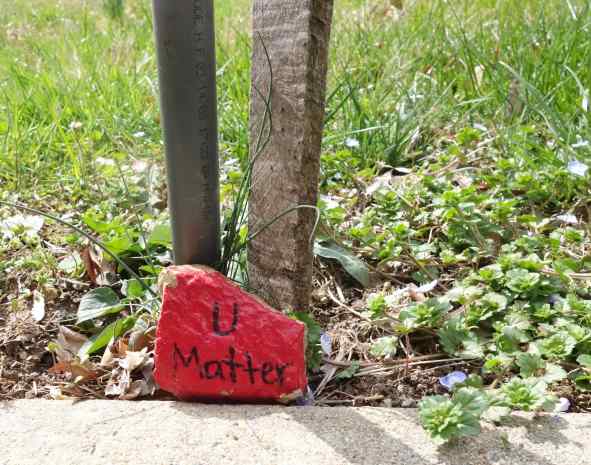 The great Kendal painted rock mystery had been solved!

Everybody knows that walking in fresh air surrounded by greenery is one of the best habits for good mental and physical health.  No one ever told you that on your walks you just might be seeing strange creatures and solving mysteries.

9 Responses to Good for you